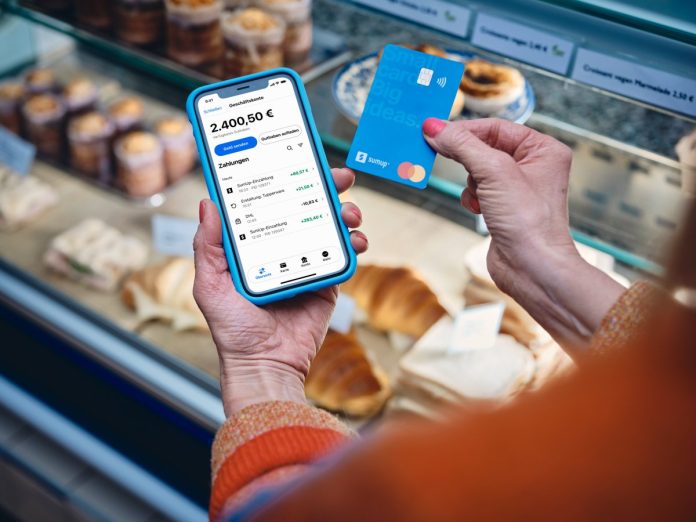 Financial services provider SumUp is expanding its product portfolio and addressing end customers for the first time with payment app “SumUp Pay”. The app is available for iOS and Android and acts as a “digital wallet” with which contactless payments can be made at retail, but users can also send money to each other.

In the app, the company offers a virtual prepaid MasterCard that can be topped up using a stored bank card or by bank transfer. The card can be integrated into Apple Pay and Google Pay and thus be used for contactless payments, The company announced on Thursday,

Using the QR code, users can pay directly in the app if the retailer uses the SumUp checkout system. The app also has a bonus program that accumulates points for transactions, which can then be redeemed at SumUp merchants.

The SumUp Pay app is now available for free in the Apple and Google App Stores in Germany, Great Britain and Italy. Upon successful registration, new customers receive an initial credit of 10 Euros, which can be spent at any SumUp dealer.

Sumup was founded in London in 2012 and merged with the German Rocket Internet spin-off Payleven in 2016. The company initially specialized in contactless payment terminals for tablets and smartphones, but has since expanded its range.

Startups like SumUp have been grappling with the recent significant slowdown in investor sentiment. Given the global mood of the crisis, venture capital is no longer so lax. It also forces the so-called unicorn-like gorilla to protect itself. SumUp laid off about 100 employees in Brazil in May.