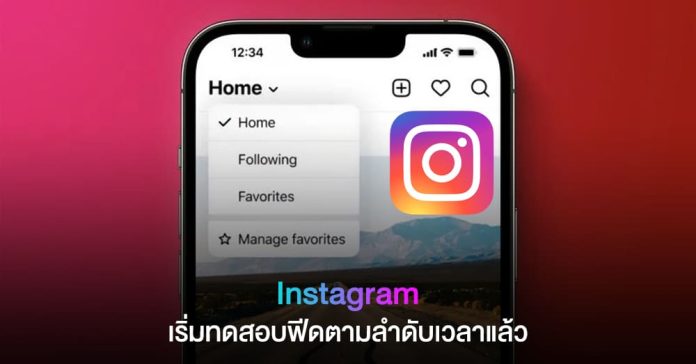 after the end of last yearit is said that Instagram (IG) will revert to chronological feed option. Recently, official testing has started.

From testing in IG, we’ll have 3 feed options: “Home” will be the current normal feed depending on what we’re interested in, “Favorites”. Users never miss the people we like and “following” the feeds in chronological order from each of the accounts we follow.

With the return of feeds in chronological order, Adam Mosseri, head of Instagram, said that in the current “home” feed, users will only see things that are of interest or repeatability. This feature gives users more options for what they want to watch.

For chronological feed testing, only a few accounts are available in a small group. Only now but gradually more trials have started over the next few weeks. Official use is expected in the first half of this year.