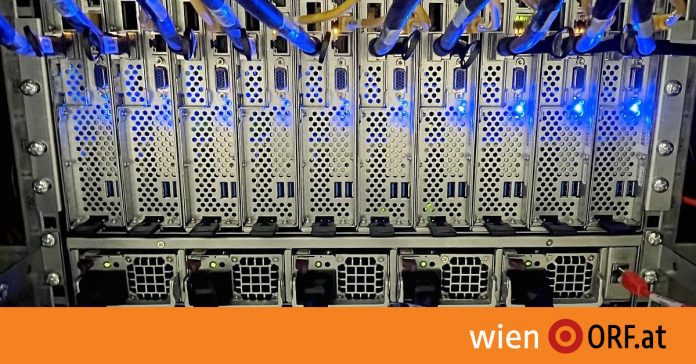 The Technical University (TU) Vienna announced on Tuesday that the computer has moved up to 301st place, with a benchmark value of 2.31 petaflops achieved in the current configuration. The actual performance of the next high-performance computing expansion phase remains to be seen, it said. However, because it is a case of “two different architectures”, the VSC-5 will probably not reach or surpass computing power measured in petaflops in the ranking – one petaflop means quadrillion computing operations per second – from its predecessor. VSC-4 .

It is “relatively irrelevant to us,” said Herbert Storey of the APA’s VSc Research Center department at TU Vienna. “VSC-5 is not as fast in this race, but it is much more powerful for practical applications,” said Storie Austria’s most powerful computer officially in operation with “Vienna Scientific Cluster 4” (VSC-4). went away. This supercomputer, which costs eight million euros and has 2.7 petaflops of computing power, is ranked 218 in the current ranking.

The world’s fastest supercomputer has been listed in the new Top 500 ranking. A list that has practically no value for Viennese scientists. Everyone will look at the top 500 ranking of supercomputers, “but its practical relevance, especially for smaller systems, is slowly approaching zero,” Storey said.

Instead, he sees the function of the “Vienna Scientific Cluster” as “serving many small jobs”. We need a system that is easily accessible, where a lot goes on it, and where you can get reasonable performance without any special changes.”

Indeed, the new supercomputer should have been ready in the autumn of last year, but supply chain problems may have delayed the plan. For example, “a specific motherboard is missing because there is no specific chip,” and there were also problems with optimizing the computer room due to the missing wooden double floor panels. “It’s a very annoying situation,” says Storey.

The cost of about ten million euros for VSC-5 is borne by the Ministry of Education through performance agreements with universities. The “Vienna Scientific Cluster” is a joint project of the Technical Universities of Vienna and Graz, the Universities of Vienna, Innsbruck and Linz, and the Natural Resources and Life Sciences University Vienna.