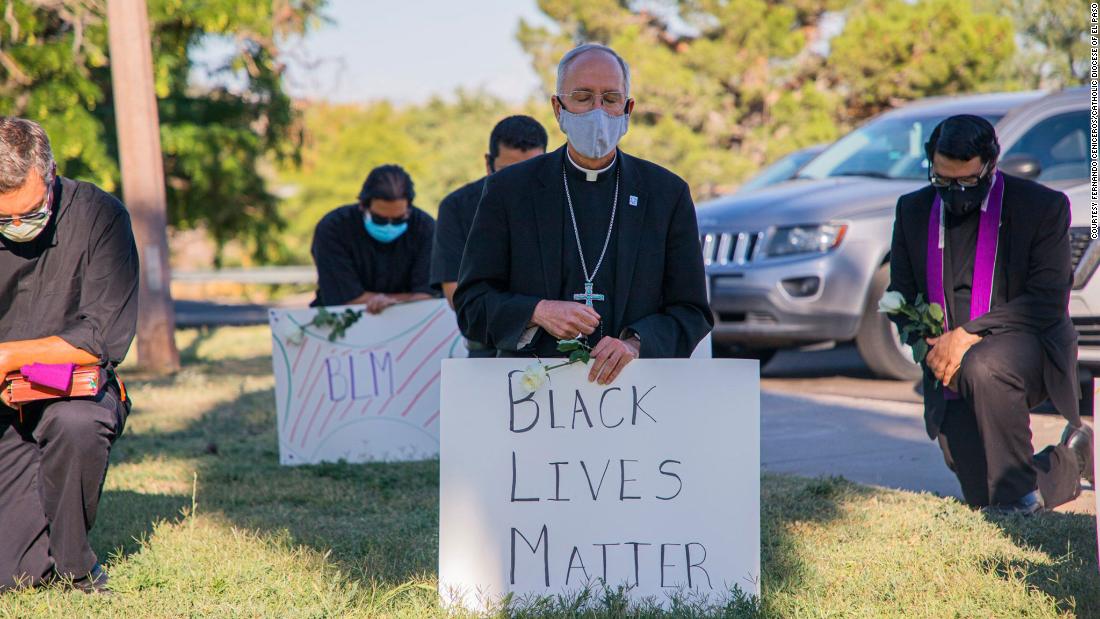 With their eyes closed, the masks covering their faces, the white roses in their hands and the handwritten signs that read “Black Lives Matter”, Seitz and 12 other priests of the diocese of El Paso knelt in silence for 8 minutes and 46 second Monday.

They were praying silently for George Floyd, a black man who died in the custody of the Minneapolis police after an officer knelt on his neck for the same period of time.

“Frankly, what I’ve done and what I’ve said is just a very small way to take part in what many are doing in their peaceful protests,” said Seitz.

Two days after the clergy ‘prayer, Seitz had just finished celebrating mass when he received a call on his cell phone from the pontiff himself.

In Spanish, Francis told Seitz how grateful he was for Seitz’s response to Floyd’s death.

“Through me, he is expressing his unity with everyone who is willing to go out and say that this has to change,” said Seitz. “This should never happen again. Wherever there is a lack of respect for humans, where there is a judgment based on the color of their skin, this must be eradicated.

“Whether it’s law enforcement, business, government, any aspect of our society, this has to change. And now we know very clearly that the Holy Father is making this prayer of his.”

On Wednesday, during Pope Francis’ weekly prayer at the Angelus in the Vatican, he approached Floyd by name in a “relatively rare” move for the Pope, according to John Allen, a CNN Vatican analyst.

Francis called Floyd’s death “tragic” and said that he is praying for him and “for all the others who lost their lives because of the sin of racism”.