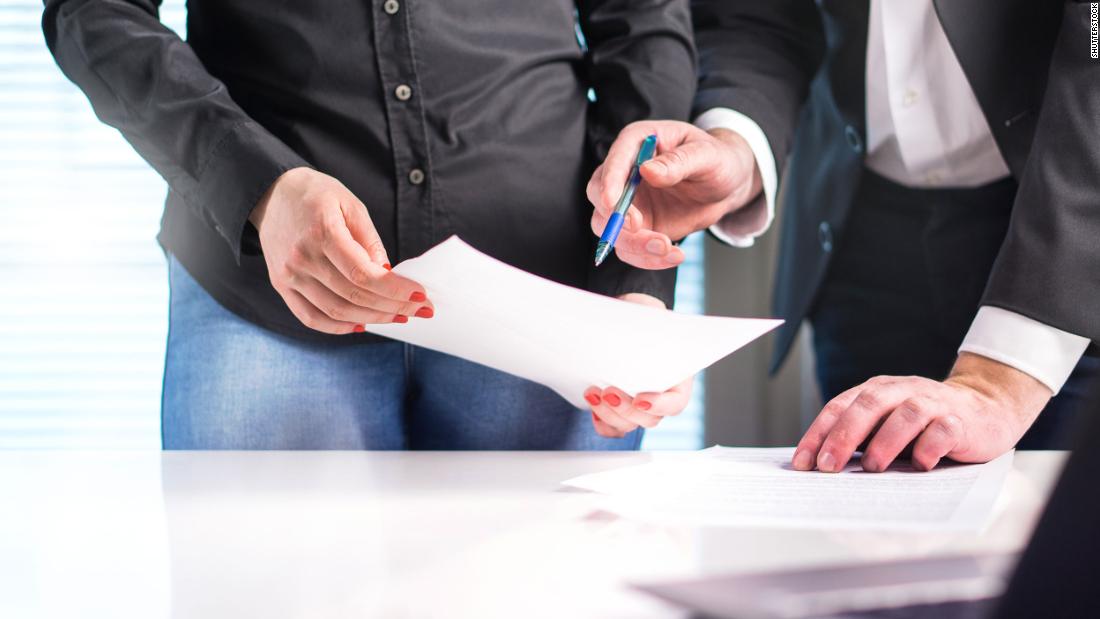 These lies could impede advancement in the workplace and, in a broader sense, gender equality, according to the results of Lily Jampol of Cornell University, who has a doctorate in social psychology, and Vivian Zayas, associate professor of psychology.

“This happens throughout an individual’s development – girls are treated more gently,” he added. “It might seem kinder, but if you don’t get valuable feedback, it could actually be harmful.”

What happens when a manager responds to feedback

Their research consists of two studies.

In Study 1, participants read assessments from a hypothetical manager to a severely distressed employee. There were six options: one was the (negative) truth, and from there it rose – to be less honest but more positive. Option six was “You’re doing great” feedback, which wasn’t true.

When participants in Studio 1 were asked what the employee’s gender was, making deductions based on the manager’s assessment, 93% of the participants were men when the assessment was the most truthful, but also the toughest. Six percent thought the employee was a woman.

But when the evaluation was an extreme lie – “you’re fine” – 67% thought the employee was a woman, and only 33% thought it was a man.

“They think that when a manager completely covers him to the point of making him inaccurate, he is more likely to think she is a woman,” Zayas told CNN.

Meanwhile, in Studio 2, participants directly gave feedback on an essay to a male or female writer. This is where research becomes particularly interesting.

In Study 2, the hypothetical students had five minutes to write an essay and the participants were told that these students needed feedback and that they were planning to submit them to a competition.

Then the participants obtained two studies, marked SB or AM, and gave feedback. Hence, they were asked to give feedback directly to the student, at which point they realized that SB was Sarah, a female, and AM was Andrew, a male.

When it came to giving direct feedback to Andrew, the advice given was more constructive. And the grade he received was relatively consistent with what the participants had originally awarded him.

But with Sarah, everything has changed. Participants increased their scores by almost a full letter vote, and were much more positive in their writing and feedback.

In other words? Sarah was lied to.

Why accurate feedback is so important

The reason it is so dangerous, Zayas said, is that these women are never given accurate feedback, so there is little opportunity to learn or grow.

And it’s not just men who give these inflated reviews. Women also participate.

Feedback is important to learn, said Zayas. If someone dome something wrong or even inefficient, they won’t know. And they won’t have the opportunity to change or improve.

And this has damage in the real world.

If a manager, for example, thinks that an employee is not doing well, but sugar always covers that fact while giving feedback, or directly lying about it, that employee will never improve. This means that when the time for promotions or bonuses comes, that woman will lose.

“I think it can create a lot of insecurity,” said Zayas. “Getting these mixed messages is bad.”

And most employees know if it is performing poorly, Zayas continued.

“But if the manager says” You’re doing great, “it might sound condescending,” he said. “And this could further undermine his trust.”

Even when these white lies are told with the best of intentions, the woman still loses.

Where do we go from here?

Changing is difficult behavior, said Zayas. Most people don’t actually think about engaging in any kind of gender bias, their studies have shown.

“If people are unaware that they are engaging in these behaviors, it is difficult to change it,” he said.

So what should a well-intentioned manager do?

Zayas suggested being specific and giving examples when offering feedback.

It is also important to raise awareness of the meaning of constructive feedback. It shows how holding back this type of feedback, as it is done for many women, can be so harmful, Zayas said.

But it can be difficult. Nobody wants to be hurt. The managers recommended by Zayas communicate the reason for the feedback to the person.

It is also important to communicate that feedback is emerging from a place of trust in the employee, Zayas said. It’s not just criticism: you’re showing that you trust the other person to do better.

Both Zayas and fellow author Jampol realize that the gender is not binary and suggest that further studies are needed to take an intersectional lens before claiming any effects on women.

However, the mere fact of being a woman seems to prevent access to fair and accurate feedback, they said. And without such access, obstacles to gender equality may remain.