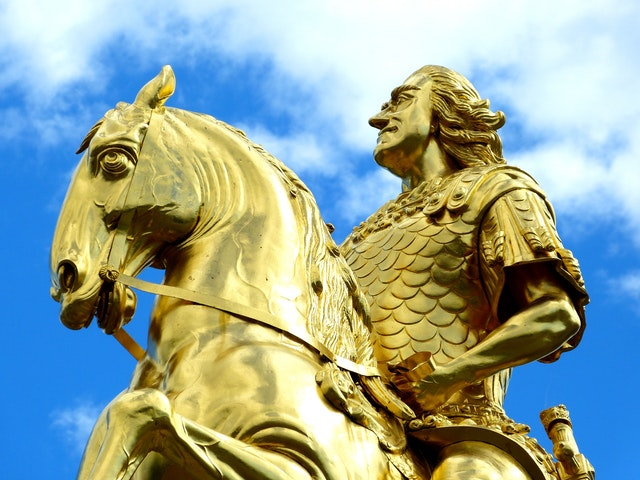 Money, power, and fame is the goal for the vast majority of people. The lust intensifies as time goes by, and people would go to great lengths to be powerful in their respective walks of life.

Occupational and personal effects of lust for power

Having a close and healthy interpersonal relationship with someone with a lust for power is very challenging. Every conversation has to be about them and their ambition, making it hard to hold a meaningful discussion. At the same time, correcting someone with an ambition for power can’t be easily done since he is always right in his perception. In an environment like that, there is no growth or self-development, causing occupational and personal problems.

Steve Jobs is a great example to get this point across. He got fired from his own company due to his ego and ambition caused by lust for power. This example personifies the saying that goes “ambition leads to destruction,” which proved true in Steve Jobs’ story. The same can be said about Macbeth in William Shakespeare’s play from the 1600s. He had high ambitions that led to a colossal failure that destroyed Macbeth’s life.

Macbeth has very interesting lessons about the matter of lusting for power and the subsequent destruction. William Shakespeare’s play, Macbeth, has been used in the English education field for decades in most schools globally. So, writing an essay out of it as a student won’t be much of a foreign concept to college lecturers.

When writing about the subject, you can highlight how ambition led to Macbeth fatal flaw. You can write the entire essay on Macbeth by William Shakespeare. You can include modern-day, real-life examples of how ambition leads to destruction. Basing the essay solely on Macbeth opens up a variety of topics you can use. To help you choose the best one, there is a list of “Macbeth” essay topics to choose from WritingBros. There are also other topics related to a wide variety of subject matter to choose from.

The whole setting of William Shakespeare’s play revolves around the ambitions of Macbeth, a Scottish soldier that wanted to be king. The lust for power this soldier had was emboldened by the three witches, which led to a coup. Blood started shedding when Macbeth killed the king to seize his power and have control over his constituents. But, when he had all the power, this soldier was not fit to rule, and more blood was shed.

Seizing power through this coup was indeed a fatal flaw that led to Macbeth’s destruction. The same thing applies to coups being executed nowadays. Just like power in Macbeth was misdirected, the same applies to modern-day coups of power-hungry individuals shedding innocent blood to have their way. For example, the coup in Sudan against Omar al-Bashir led to people dying during the protests and the actual coup itself.

Dictators have also proven the point that the lust for power has detrimental effects with long-lasting results. For example, Adolf Hitler was Germany’s dictator for a period of just over a decade but managed to murder 6 million innocent people to gain power. His feelings of superiority and lust for power brought an end to this cruel dictator’s reign.

Some families and communities are still recovering from the aftermath of Hitler’s atrocities. Other dictatorship rulerships also indicate that no one person should have that much power since it can easily be misused. Hitler’s story also reflects the impact of doing unspeakable things in pursuit of power on oneself. Since Hitler committed suicide, this gives a hint of the emotional and psychological scarring it did to him as well.

To sum it up

There are many ideas around the topic of analyzing the lust for power as a problem. With great examples from Macbeth to modern-day power-hungry individuals, work becomes easier. You can choose between writing based on Macbeth solely or adding examples such as Steve Jobs and Adolf Hitler’s failures due to being power-hungry. There is plenty of material to reference, even from modern-day celebrities manifesting a similar lust.