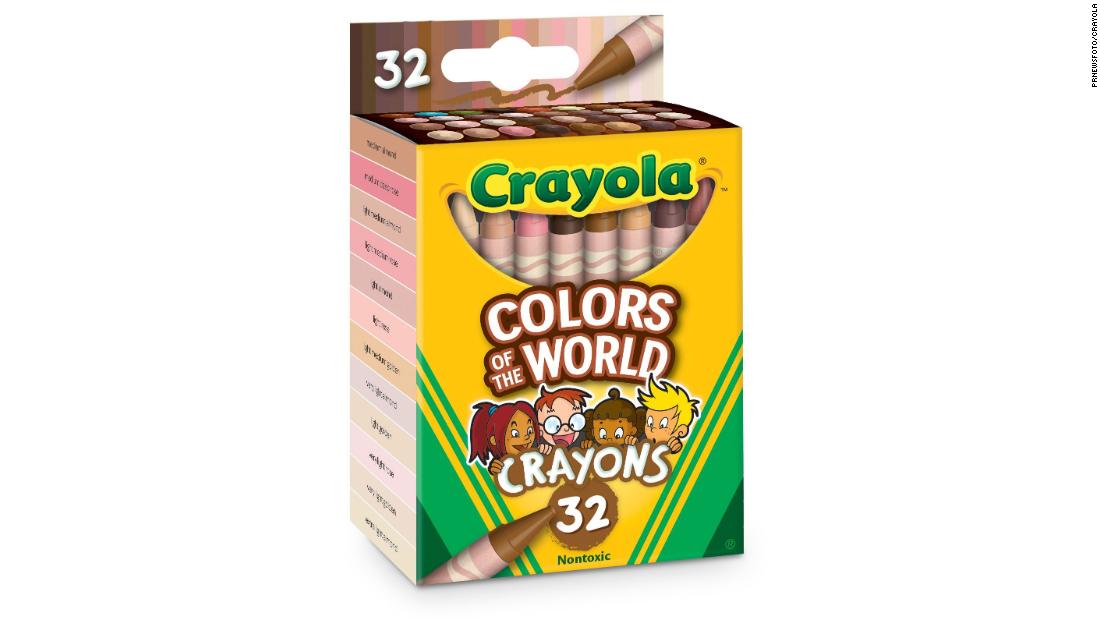 The 135-year-old behemoth of arts and crafts has developed 24 new “Colors of the world” pastels designed to represent over 40 shades of skin around the world, the company said in a press release.

Crayola announced the new pastels on the occasion of the United Nations World Day for Cultural Diversity for Dialogue and Development.

“With the world becoming more diverse than ever, Crayola hopes that our new Colors of the World pastels will enhance representation and foster a greater sense of belonging and acceptance,” said Rich Wuerthele, CEO of Crayola. “We want the new Colors of the World crayons to promote inclusion in creativity and influence the way children express themselves.”

To ensure that pastels accurately reflect the global range of skin tones, Crayola collaborated with Victor Casale, CEO and co-founder of the cosmetics manufacturer MOB Beauty.

Colors of the World crayons will arrive in packs of 24 and 32, with the 32 pack including four crayons each for hair and eye colors, according to the company. Each pack will also include a side panel that acts as a reference for the color, while each pastel label lists the color name in English, Spanish and French.

Both packs of crayons are slated for release in July, in time to return to the school season, Crayola said.