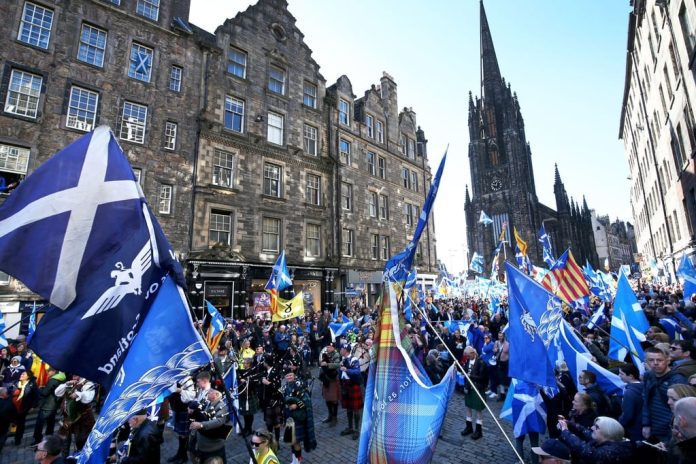 The Scottish Parliament cannot hold an independence referendum without London’s approval. Despite the decision of the highest British judges, the debate about the separation of the northernmost part of the country is anything but over. British Prime Minister Rishi Sunak spoke of a “clear and final verdict” on Wednesday. But Scottish Prime Minister Nicola Sturgeon announced she would stick to the independence course and raised her voice against London.

“We should be in no doubt that from today democracy is at stake,” Sturgeon said in Edinburgh. The decision, she believes, has debunked the “myth” that UK partners are a voluntary association. The independence campaign Time for Scotland asked rhetorically: «Is this a union or a prison?» Liz Savile Roberts, leader of the pro-independence Plaid Cymru party, said: “This decision exposes the fundamentally undemocratic nature of Westminster governance.”

Sturgeon spoke of a “bitter pill” but made it clear that her Scottish National Party (SNP) would now hold the British general election planned for 2024 as a de facto referendum. The BBC commented that, should pro-independence supporters – including the Greens and SNP splinter Alba – win a majority, Sturgeon would take the vote as a mandate. Political scientist Kirsty Hughes described the move as shrewd. Because if the majority of Scots do indeed vote for these parties, the pressure on London will continue to mount.

1/ Despite being disappointed by this, I respect the decision of @UKSupremeCourt It does not legislate, only interprets it.
A law that does not allow Scotland to choose its future without consent from Westminster exposes as a myth any notion of Britain as a voluntary partnership and makes the case for Indie

However, other experts consider Sturgeon’s course to be risky. Pollster James Johnson tweeted: “I expect this will be a gift to Labor in Scotland. Scottish swing voters are fed up with referendum talk.” The Labor Party, which opposes independence, once governed Scotland, but in recent years has largely lost votes to the SNP, which has a similar social democratic position. In elections, the yes and no camps have long been roughly equal.

Expect it to be a gift to Labor in Scotland.

Scottish swing voters are fed up with referendum talk and want the focus to be on schools/NHS/services. https://t.co/Ns68hiDlbl

The Scottish government asked the Supreme Court to clarify whether the regional parliament in Edinburgh could hold a referendum without London’s consent. Sturgeon had planned such an “advisory” and non-binding vote for 2023. In the first referendum in 2014, a majority of Scots voted to remain in the Union. For London, the question has been decided. However, Sturgeon argues that Brexit, which the Scots rejected outright in 2016, has changed the situation. She wants to bring an independent Scotland back into the European Union. In Edinburgh, the pro-independence majority is in the majority.

“The Scottish Parliament does not have the power to legislate for a referendum on Scottish independence,” said Chief Justice Robert Reid. Because the question comes under the matters reserved for the Central Government. Prime Minister Sturgeon said she was ready to talk to Sunak about a new referendum deal at any time. But he is sure that she will refuse.

In the British Parliament, the Prime Minister parried questions from SNP MPs about how he could in good conscience talk of voluntary union when Scotland was being denied the right to a democratic decision in an independence referendum. Instead, Sunak echoed former Prime Minister Theresa May’s statement urging the SNP to end its “obsession” with independence. Alister Jack, UK Secretary of State for Scotland, said: “If we work together as one United Kingdom, we will be safer, stronger and more prosperous.” Anti-independence opponents say secession would seriously damage Scotland’s economy.

In the late afternoon, many people wanted to demonstrate in several Scottish towns for independence for their part of the country. Smaller celebrations were also planned in some European cities such as Berlin and Munich.