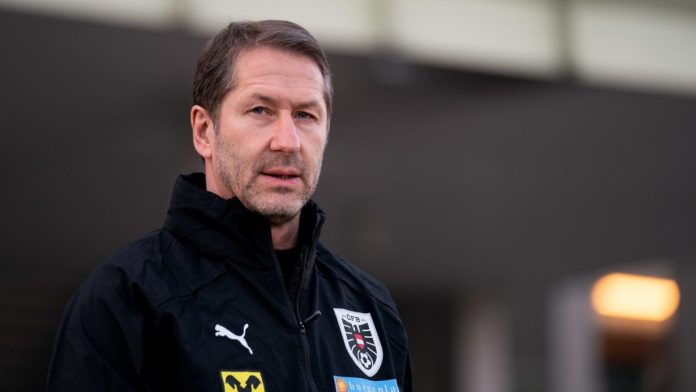 Franco Foda anticipated the decision of the OFB executive committee and resigned as team manager of the Austrian national team.

Bang at the OFB’s final press conference ahead of the international Test against Scotland in Vienna on Tuesday evening (8.45 pm): Franco Foda announced his resignation as Austria’s team boss on Monday afternoon. It marks the end of the German era after four and a half years.

“I’ve been thinking a lot over the past few days. I finally made my decision yesterday evening. It was still rumored that I might have the option of extending my contract. But it didn’t matter to me anymore, because I took responsibility for it,” Foda said.

The most important thing in the current situation is a calm return. He informed the team about his decision on Monday morning, it was very emotional. “It was a great honor for me to coach and work with this team,” Foda said. “It was a great four-and-a-half years. My successor can look forward to a team with impeccable character that is good and has a lot of potential for growth.”

Foda will sit on a bench at the Ernst Happel Stadium on Tuesday evening and then vacate his chair. His record before the Test against the Scots is 27 wins, five draws and 15 losses in 47 matches. However, under his leadership, Austria has not won a competitive game against an opponent who is better ranked in the FIFA world rankings.