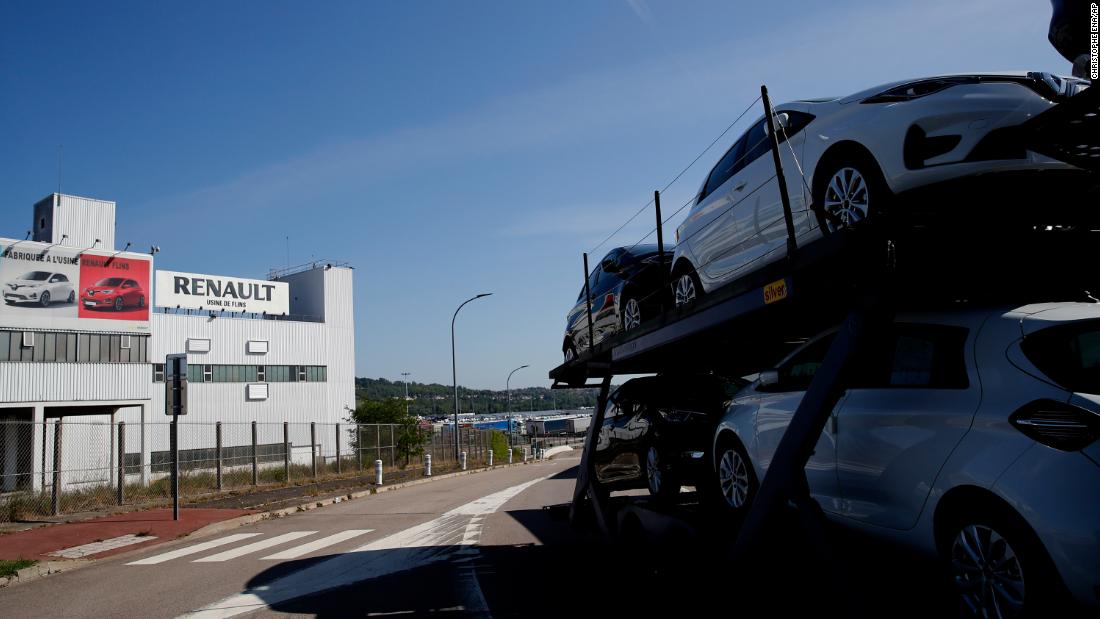 Macron said around 400,000 cars are in unsold factories and parking lots with an 80% drop in sales over the same period last year.

“By the end of June, we will likely be around 500,000 unsold vehicles from the previous season. This is unprecedented for this sector, which accounts for almost 16% of our sector’s sales,” he said. About “4,000 companies and 400,000 employees [are affected by this pandemic]and almost twice that if we take into account production and services “.

The plan is to heavily incentivize consumers to purchase new cars by providing government subsidies in the amount of over $ 7,000 on electric vehicles and $ 2,000 on a hybrid. The hope is that it will send consumers back to dealers and increase consumption, he said.

The rescue is intended to make the sector greener, transforming France into the largest electric car manufacturer in Europe in the coming years. Part of the bailout money will go to modernize the production lines, according to the plan.

In exchange for the bailout, the French auto industry should keep its production in France and even bring back some production, especially environmentally friendly technology.

For sick French car manufacturer Renault, these measures could represent a lifeline. The group was paralyzed by the health crisis, with its French factories all closed in mid-March. They are expected to announce a cost reduction plan of € 2 billion by the end of this week.

–Ya Chun Wang contributed to this report.