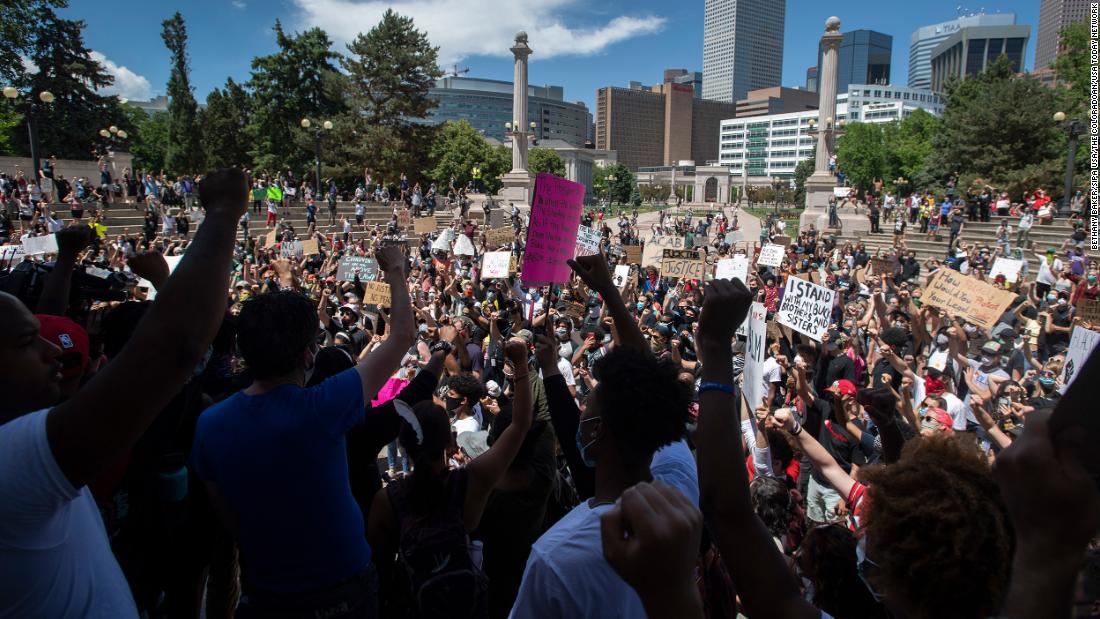 Protesters who gathered in U.S. cities reported to CNN about their frustration over George Floyd’s death in Minneapolis.

“There must be changes, officers must be better trained,” a protester who was arrested in Atlanta told CNN Nick Valencia while he was being detained by the police.

Lack of change and police reform are just some of the reasons people are angry.

Chelsea Peterson, in Portland, Oregon, told CNN that they had demonstrated Friday night that they “show my solidarity with my black brothers and sisters” as they face injustice.

Peterson said that “simply sharing a post or using a hashtag is not enough” to insist that black lives matter.

“It was important for me as a white person to really show me why it is our responsibility to dismantle the systems of oppression we have created.”

In Minneapolis, Alicia Smith, a community organizer, told CNN: “There are no words in English that convey the despair I felt watching the man’s life leave his body and he scream for his mother. I heard my son say, “Mom, save me.”

“My kids are kids and my kid asked me, ‘Am I going to live as an adult?'” Said Smith. “I have to spoil his innocence and tell him how to exist as a young black boy in this country.”

Another protester, Craig Maxwell, in Charlotte, North Carolina, told CNN that he turned out to demonstrate why he felt the need to step up his defense.

See also  "I'm fine, I listen to me every day, here's the respected rule"

“I spoke to many of my black friends on the last day or two and heard what they’re going through,” he said. “A lot of introspection and recognition that I don’t put my money where my mouth is enough.

“Basically, I was there because they were there, if that makes sense.”

Mackenzie Slagle, in Oakland, California, said it was time to stop police brutality.

“I disagree with breaking into all businesses, but I can understand the outrage after repeated incidents. We peacefully protested all of those. It wasn’t until Minneapolis became violent and they eventually arrested a police officer.

“This is truly the story of the fact that concrete action is being taken against police brutality. I could not keep silent and see it happen again. I hope this time our nation can see the gravity of this climate.”