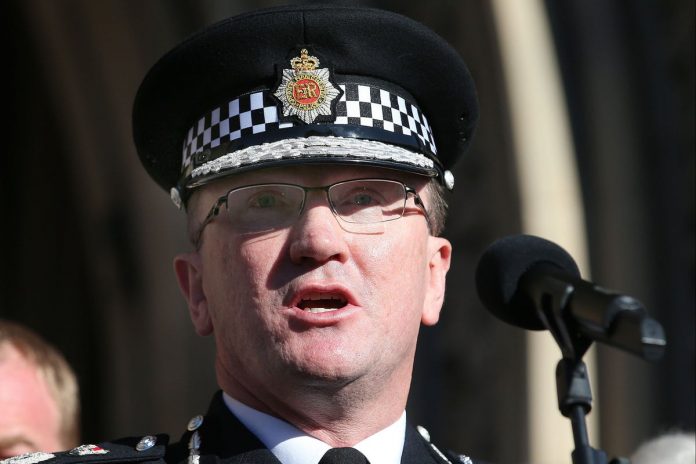 The chief constable of the Greater Manchester Police has resigned after failing to prosecute one-fifth of all offenses under one year.

Her Majesty’s Inspectorate Constable Constabulary and Fire and Rescue Services (HMICFRS) said in a condemnatory report that it was “deeply disturbed” by how cases carried out by England’s second-largest police force have been closed without proper investigation.

It found that the GMP had failed to record 80,000 crimes by June 30th. The watchdog also said that the service provided by the force to the “weakest” victims of crime was a “serious cause for concern”.

The GMP was placed in special action on Thursday after reports surfaced last week.

On Friday, Chief Constable Ian Hopkins said he stood down with “immediate effect” before his planned retirement date in the fall of 2021.

“This is a challenging time for the Greater Manchester Police,” his statement read. “The team has a long-term strategic plan to address the issues raised by HMIC and I believe the plan should be led by the Chief Constable, who can oversee it from start to finish.

“Considering what is best for the GMP and the communities we are serving, and given my current health, I have decided to step down as Chief Constable with immediate effect.”

Mr Hopkins said: “I have had the honor of serving the people for 32 years, of which about 13 have served as chief officers at GMP” and “colleagues and many dedicated officers and staff have given me the privilege of working throughout my service.”

He added: “I am committed to achieving the best results for the people I serve throughout my career. I did not decide to stay, but I think the time is right. “

Days after the report was published, Mr Hopkins announced that he had fallen ill. He said he has been suffering from labyrinthitis since the end of October, an internal infection of the ear that affects balance. The guardian reported.

Greater Manchester Mayor Andy Burnham, who oversees policing in the area, said it was “the right time for a new leadership” and “a new era in our police force”.

Mr Burnham was criticized for not responding publicly to the report after it was released last week. He faced calls for resignation from local Conservatives, including Bolton West MP Chris Green, who said the mayor’s “policing failures are his failures.”

Mr Burnham said Mr Hopkins had taken the lead during the most difficult period in its history by working with “complex threats” such as the budget cut and the Manchester Arena terror attack.

He said: “In other important areas, the organization has not needed progress. Policing in this country is an important principle that it is operationally independent of political interference.

“I do not run the Greater Manchester Police on a daily basis. Instead, it is my job to keep the Chief Constable in account, and to increase the pressure for the services provided to our residents.

“This essential task has often been made very difficult by the over-defensive culture in the GMP. This needs to change if the GMP aims to develop an open study culture that will allow for proper attention to failures identified by HMIC.

“It simply came to our notice then. So both me and the deputy mayor, while paying tribute to Ian’s 12 years of service to the Greater Manchester Police today, concluded that now is the time for a new leadership, and a new era in our police force. “