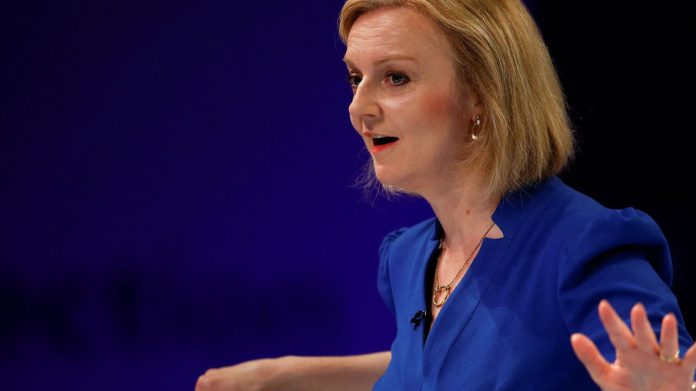 She wants to be Johnson’s successor and is provoking right now: Liz Truss. Scotland is shocked.

“The best thing to do is ignore Nicola Sturgeon,” Truss said Monday night at a Conservative Party campaign event in southwest England. Truss accused the Scottish prime minister of being “flashy” with his calls for Scottish independence.

“Sturgeon has a lot of democratic legitimacy”

Swain added: “Nicola Sturgeon has far more democratic legitimacy than Liz Truss if she were prime minister.” He was referring to the fact that only a fraction of the electorate, namely the approximately 200,000 members of the Conservative Party, are allowed to decide on the new Conservative Party leadership and thus the office of Prime Minister.

Sturgeon’s Scottish National Party (SNP) is pushing for a second referendum on Scottish independence in October 2023. Asked if she would reverse former British Prime Minister Boris Johnson’s protest, Truss replied: “No, no, no.”

Britain’s Supreme Court is due to hear on October 11-12 whether a second referendum will be legal in London without government approval.

See also  "Not a particularly long process": in the event of independence, Scotland hopes to return to the EU