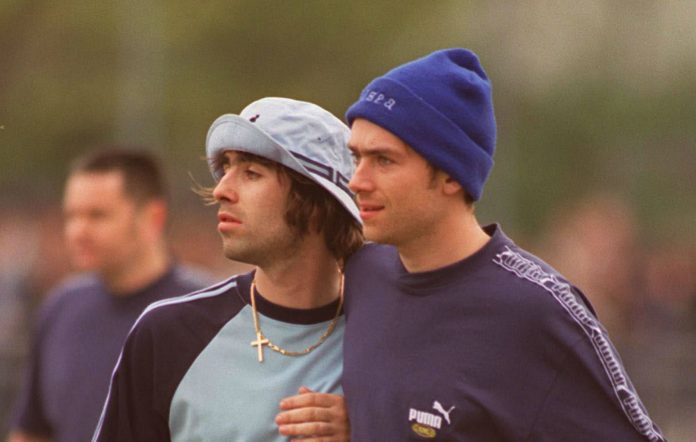 Matt Lucas claims that Liam Gallagher and Damon Albern once shared a peaceful drink with him “at the height of Brittoppani” – a story that is at odds with the former frontman of Oasis.

Lucas and Gallagher were both present as guests Jonathan Ross Show This weekend (November 28), including the time when he supported the band after the release of ‘The Great Escape’, Lucas’s friendship with Oasis rivals began to fade.

Lucas went to praise the 1995 album – set to receive a special, limited edition vinyl release to celebrate its 25th anniversary – to which Liam replied: “Even though it didn’t sell much, did it?”

When Ross pointed out that the pair had met at the time, Lucas told the singer that he was at The Grucho Club in London with Alburn when they met Gallagher. When Lucas expected to settle among the indie rivals, he said, the three sat down for a “nice drink” describing him as “very civil” instead.

Lucas also claimed that Dame told the former BD I singer: “You’re right, he’s your brother. [Noel Gallagher] I do not like See the full exchange below.

Although Liam criticized Lucas’ story, admitting that it was highly probable at the time, he said: “Are you sure it was not Noel? I don’t know if it happened? ”

Elsewhere during his appearance Jonathan Ross, Gelagher made a somewhat comfortable assessment of the ongoing feud with his brother and former Oasis bandmate Noel.

He told me the host, “I think we’re both in trouble and the problem is that he thinks it’s not a problem.” “It simply came to our notice then. While I’m just a problem. I’m half the problem, when I can’t think I’m the whole problem. “

The singer also performed her new Christmas single ‘All You’re Dreaming Performed’, which she described as “an instant classic that’s perfect for this time of year.”