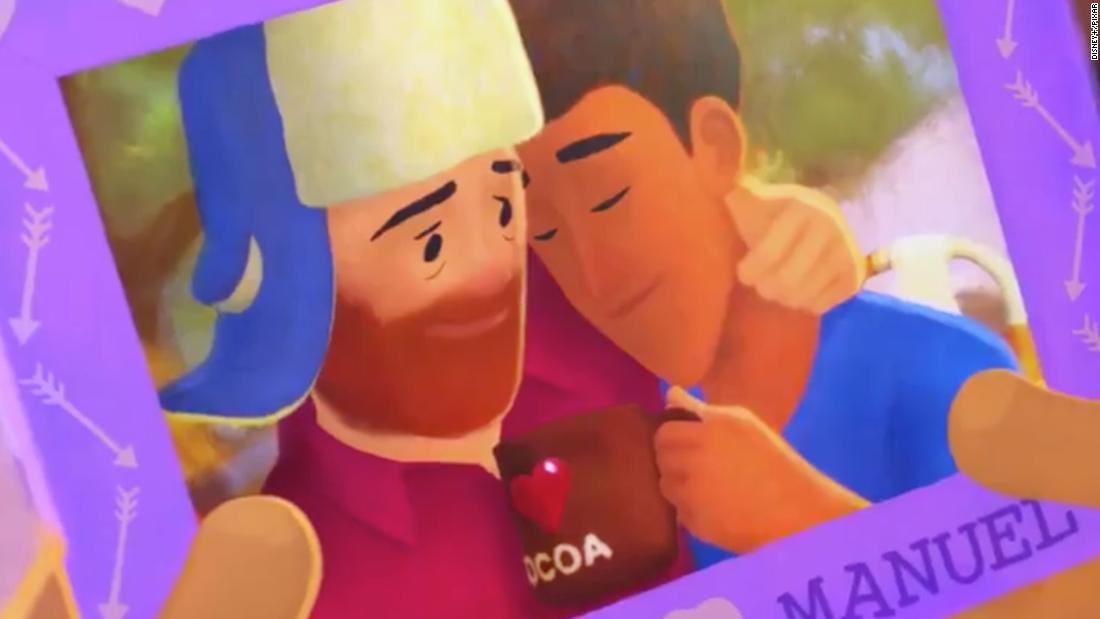 The story revolves around a young man named Greg, who is afraid to tell his parents that he is gay and is worried that they will see a picture of him and his boyfriend when they come to help him move.

Thanks to the magic of a sparkling purple cat riding the rainbow and a pink dog, Greg changes body with his dog right in the middle of his parents’ visit.

There are extravagant hijackings, as you would expect, but the story focuses on the pain Greg and his mother are experiencing.

Pixar is owned by Disney and the short film, which is just under 10 minutes away, debuted Friday on the Disney + streaming service.
It was written and directed by Steven Clay Hunter, who has worked on many Pixar films, including “Toy Story 4” and “Finding Dory” as part of Pixar’s SparkShorts series, designed to discover new storytellers and experiment with different techniques.
People shared their reactions Twitter with the hashtag #PixarOut. Many said they cried looking at him and wished he was around when he grew up. Some people published that they thought it was not an appropriate message for children.
A study published last year by the Gay and Lesbian Alliance Against Defamation (GLAAD) found that alone 18.4% of the mainstream films released in 2018 included LGBTQ characters. None of the Disney releases of that year had an LGBTQ character, according to GLAAD.
Disney included LGBTQ couples in some of her hits – Gaston LeFou’s partner was portrayed as gay in the live-action version of “Beauty and the Beast”, and there was a short kiss between two rebel fighters in “Star Wars: The Rise of Skywalker”.
Pixar’s “Onward” movie, released earlier this year, also included a Cyclops police officer, a unicorn, who talks about his girlfriend.
A character also came out as gay on the Disney Channel “Andi Mack” series, which ran for three seasons before ending last year.
See also  England and Scotland are exempt from vaccination, except for the French in the European Union and the United States.