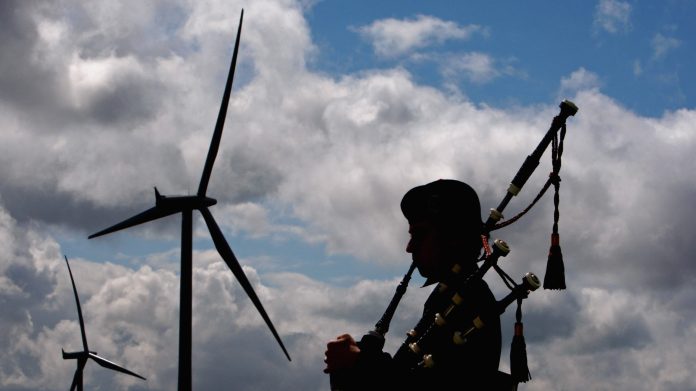 In 2011, Scotland set a target of achieving 100% of its electricity consumption by clean energy by 2020. The gamble almost paid off, because at the end of that year, Scots were covering 97.4% of their electricity needs by renewable energy. Even when the nation accepted the challenge, green technologies generated only 37% of the national electricity demand. But eight years later, in 2019, it was already 90.1%.

Ale’Scotland Adopted some of the world’s most ambitious climate goals. Its 2008 climate change law is unique: it sets a legally binding goal that requires the country to achieve carbon neutrality by 2045, five years ahead of the rest of the world.Europe, and which allows citizens to sue the government otherwise.

Scotland: electricity consumption and the development of renewable generation

But this rate of 97.4% electricity consumption, as ensured by renewable energy, does not necessarily mean that the electricity mix is ​​nearly 100% green. Although the last coal-fired power station longnet Closed in 2016, and only demolished the previous December, Scotland still has a gas-fired power station in Peterhead, and four nuclear reactors, two of which are in service. tornes, a third is currently in the decommissioning phase (Hunterston A) and the fourth is in the decommissioning phase (Hunterston B). If, however, the nation can take pride in meeting almost all of its electricity demand with green energy, it is quite simply because a significant portion of the output, which is roughly equivalent to that of gas and nuclear power, is exported. .

See also  In Scotland, they make salt flakes by evaporation of seawater

The electricity mix in 2019 is largely dominated by onshore wind (62.8% of the total renewable electricity produced). Scotland benefits from winds of extraordinary regularity, it’s true, which allows some fleets to achieve a load rate of 40%[2], whereas on average, in Europe it is 25%.
The remaining green power generation is provided by hydropower (17.6%), offshore wind (10.4%) and other renewable energy such as biomass, photovoltaic and marine energy (9, 2%).

In 2020, Scotland recorded 32 TWh . produced[3] Renewable electricity, which covers just over 97% of its gross electricity consumption. Total electricity generation in Scotland including exports reached over 51 TWh in 2020, as shown in the graph below: 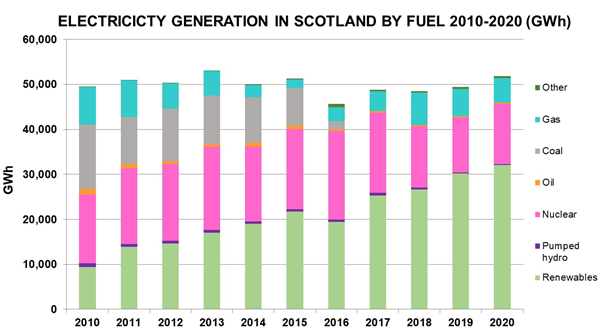 Still some effort to provide

In terms of primary energy consumption, heater (51.5% of primary energy needs) and transportation (24.5%), however, remain vulnerable areas preventing Scotland from fully switching to clean energy. But to address this, Scottish authorities have already set a target of achieving zero carbon by 2045 and adopted a plan.

The government intends to both encourage electrification of the vehicle fleet and accelerate the replacement of gas boilers domestically with renewable sources.heat pump, heating networks, green hydrogen) Today, only 6.5% of the energy needs for heating are covered by clean energy.

Several permanent projects are currently under development in the area, either in the permit examination phase or already authorized. The total installed capacity of all these projects is more than 15 GW.
The majority of this additional capacity will come from onshore wind, of which 5.1 GW is already licensed, and 5.1 GW is also in the development phase.

See also  "You're becoming delusional": Rush Limbaugh scolded the hosts of "The Breakfast Club" for denying the existence of white privileges

Permits for offshore wind projects represent 3.6 GW, but this figure is steadily increasing given the increasing size of projects under development, such as Scottwind,
call for tenders Scottwind Crown Estate Scotland, which closed last July, is expected to eventually lead to the creation of around 10 GW of offshore wind capacity, much of which is expected to use the technologyfloating wind turbine,

In addition to these myriad projects, there are solar installations (357 MW) and marine power (350 MW).

[2] This figure means that, in a year, wind turbines would have provided 40% of the energy produced, running continuously 365 days a year, at their maximum power.