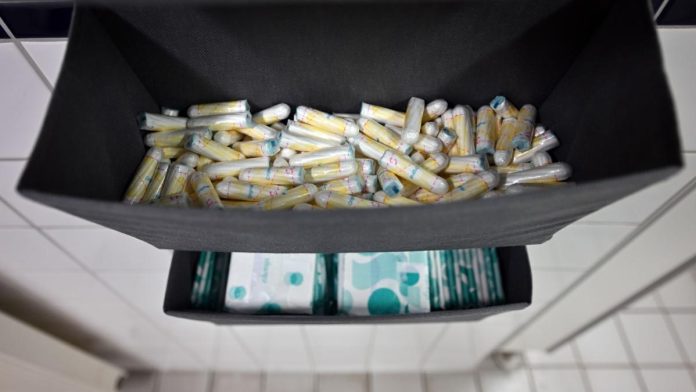 Availability of period products has been made mandatory in schools since last year and is now being expanded. A Scottish Labor MP called the law a “ray of hope”.

Free access to tampons and pads is now a legal requirement in Scotland. On Monday, a law came into force that requires educational institutions and municipal bodies to “provide free period products to anyone who needs them.” According to its own information, Scotland is the first country in the world to make such a law.

Scottish Labor MP Monica Lennon, who sponsored the law passed back in 2020, said: “Especially now, with the cost of living rising, the law is a ray of hope, showing that when politicians come together and People act for what can be achieved for good.”

Since 2017, Scotland has invested approximately £27m (approximately €32m) to make pads and tampons accessible in public places. Availability in schools is mandatory since last one year and now it is being expanded. “We are proud to be the first national government in the world to take this step,” said Social Justice Minister Shona Robison.

Period poverty – the fact that girls and women cannot afford appropriate period products – is a problem in many countries around the world. A 2017 survey by Charity Plan International found that 10% of girls and young women aged 14 to 21 in the UK could not afford menstrual products – 15% had financial difficulties to buy them.

See also  Citing coronavirus, US weighs much more restrictions on border with Mexico that could consist of citizens