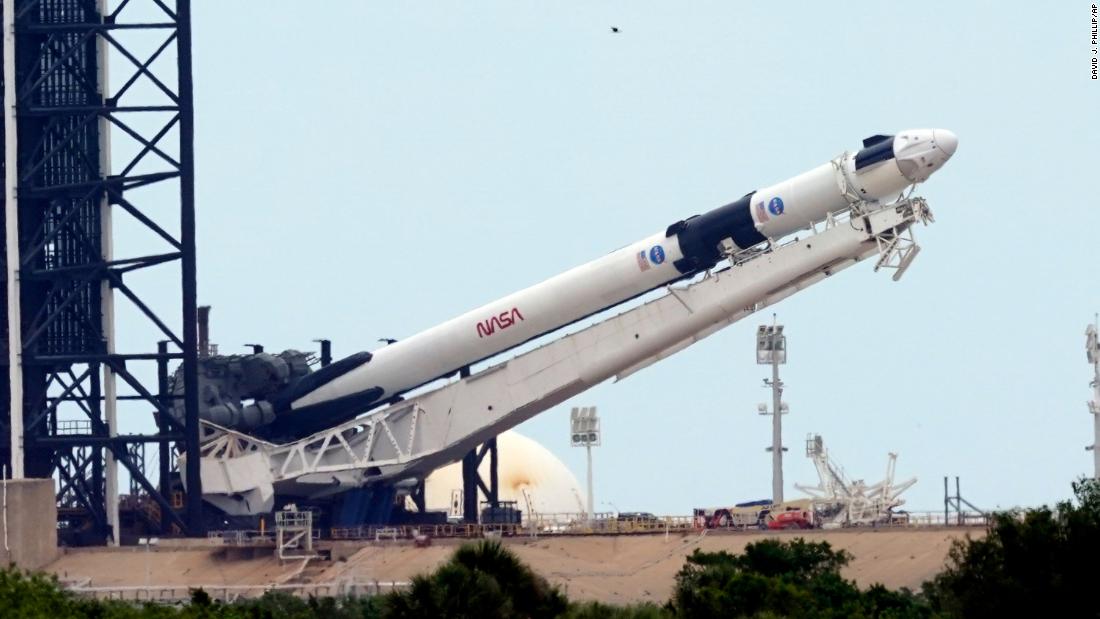 It seems in the old days. Very old times. Like the mid-1960s, when the Gemini Project, the two passengers meddle between the pioneering flights of the Project Mercury and the epic three-person missions of the Project Apollo, aimed at the moon.

Benhken and Hurley, veterans of the National Aeronautics and Space Administration – this is NASA for you – who once flew in shuttle missions, will make their first trip aboard the SpaceX Crew Dragon spacecraft, which is upgraded into orbit by the aerospace company usable and returnable Falcon 9 rocket. By Thursday they will dock at the International Space Station for an indeterminate stay with NASA astronaut Chris Cassidy and Russian cosmonauts Anatoly Ivanishin and Ivan Vagner.

That this venture is funded by commercial activities, in particular one founded and chaired by Elon Musk, multibillion-dollar and space travel activist, makes this Crew Dragon mission a historical story, a milestone in a second space age where NASA allows forward-looking buccaneers like Musk to provide adventures that were once the only province of the United States government.

Yet one cannot help but notice that this unprecedented moment in American history is taking place exactly in the midst of a global pandemic in which millions of people have died and many more millions are out of work and taking refuge on the spot.

This somewhat discordant collision of circumstances is likely to generate questions from anxious or grieving citizens of both NASA and Musk along the lines of: We are sitting by the hand and literally dying to know when there is a vaccine or cure for Covid-19 and are you choosing now – now – to stage this bright and noisy shot in the dark on TV? Where are the priorities here?

I doubt that these questions will also be so polite. And they won’t be reassured by the insurers of all concerned that these plans were at stake long before the coronavirus was first discovered four months ago. Or that it is Musk’s money and not the taxpayers who are most at stake in this venture.

Think back, if you can, to the years 1965 and 1966, when the Gemini Project seemed to fire its two-man crews for multi-day missions every two months and bring them back to life every time. They came in a decade, an era in which the nation seemed more comfortable and encouraged to take great risks in all areas of life, both in the skies and on the streets.

We are no longer so rich or, of course, equally optimistic about including travel in human space in our inventory of national concerns, although it is useful to remember that there were Americans who were wondering even then, especially after the deadly fire of the Apollo 1 from 1967 almost immediately after Gemini concluded his final mission, whether beating the Soviet Union on the moon was important enough to invest billions of dollars.

However, in the half century since Apollo 11 achieved the goal set by President John F. Kennedy (“to land a man on the moon and bring him back to Earth safely”), the new generations of Americans have seen the moon landing as even more remarkable and retroactively stimulating.

Maybe it’s just the nostalgia that will bring people to their display screens on Wednesday (or Saturday if the launch is postponed). But we also perceive that something primordial could also be aroused. Mild stimuli of faith in scientific possibilities, so that instead of asking “Why are we doing it?”, We ask: “Well, if we can still do it, then why can’t we cure this disease that is killing our people and our treasure? ”

Anyone have a better idea?