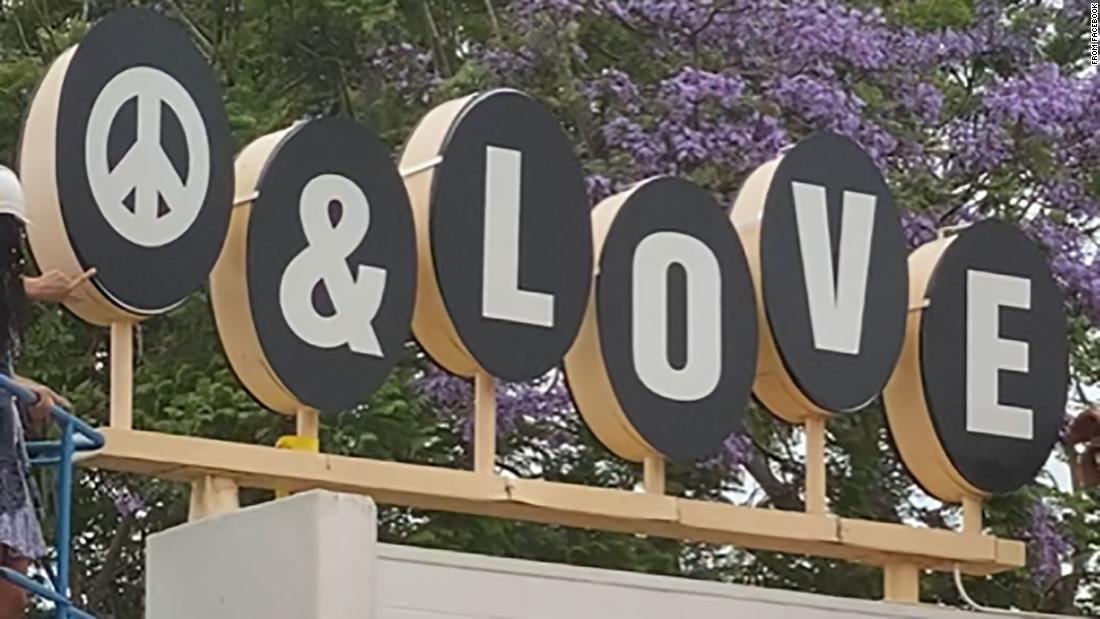 Now is the only one left – and is changing its name to cope with the changing times between the country’s demonstrations against racism and police brutality.
Sambo’s in Santa Barbara will remain in business, but with a new undetermined name, the owners say Facebook.

The term “Sambo” is a long-standing racial insult with roots dating back to an 1899 book about a dark-skinned South Indian boy. The name became an epithet against African Americans.

The restaurant sign was covered, at least temporarily, with a peace sign, an ampersand and the word “love” for Peace and Love.

“Our family has looked into our hearts and realizes that we must be sensitive when others whom we respect make a strong appeal,” published the owners. “So today we are in solidarity with those who seek change and do our part in the best possible way.”

Owner Chad Stevens said its founders – his grandfather Sam Battistone and business partner Newell “Bo” Bohnett – formed the name of the restaurant from parts of their names.

“It was his name and the name of partner Sam and Bo, something that I respect and continue to do, but I understand that there is something wrong with that, but we will move forward,” Stevens told CNN subsidiary. Keyt.

Stevens agreed to change the name after hearing the resident Rashelle Monet.

“Even if it doesn’t come from a bad place, it’s still a very painful term for many people,” said Monet. “I understand it wasn’t intentional. I’m not saying Sambo and the owners are racist. I’m saying jargon is racist.”

See also  The Role of Robotics in Manufacturing Automation

“With the current environment of our country, we must unite and, as the sign says, peace and love,” he said.