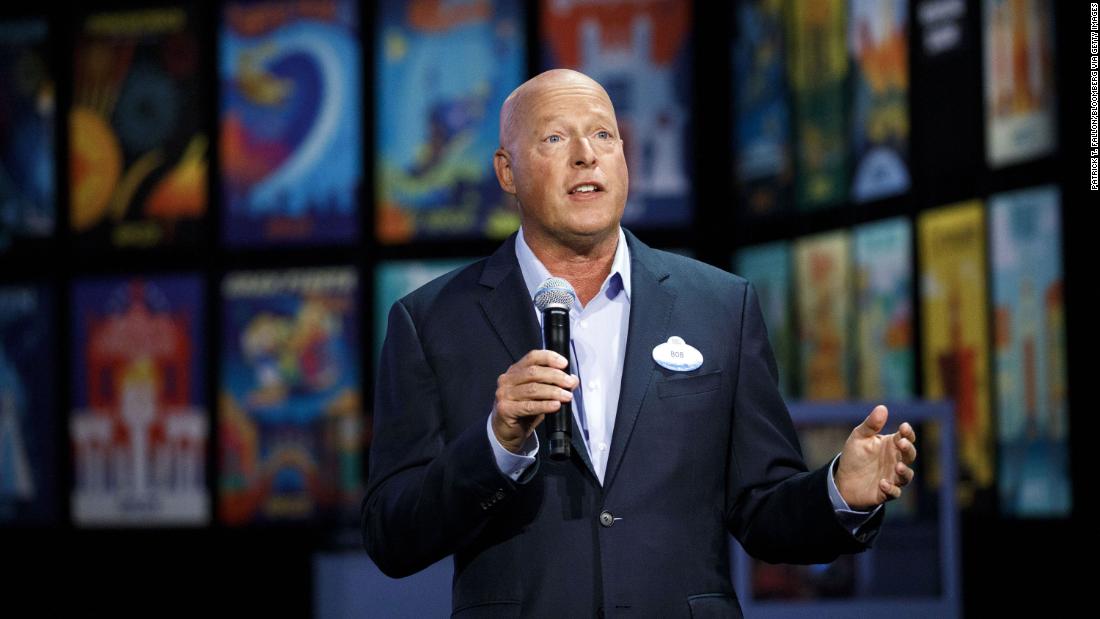 Chapek spoke with CNN Business about the reopening of the parks and how they will differ according to the new health guidelines.

This interview has been written and condensed.

I am an annual Disney World subscriber. Tell me why it’s safe for me and my family to go back to Disney.

Well, I think what we can say is that we have done everything possible to open responsibly. Taking the lead of local health officials, state health officials, national health officials, in addition to our well-trained doctors on staff to create an environment to create new operating procedures, create new policies, make new training, new hygiene standards. So that when a guest comes in we can continue the trust that guests have always had with the Walt Disney company and enjoy the parks so they can make those magical memories that last a lifetime.

What will parks look like under the new health guidelines?

Well, the first thing that will look different is that our cast and guests will both have masks, and it’s obviously something we’re not used to in parks. But you will also see a large amount of tape six feet away in our queue lines and essentially across the park so that people know what six feet actually looks like. And we will help our guests to help us maintain that social distance, which is so important.

Central Florida is obviously incredibly hot during the summer. How are you going to impose on people who wear masks inside parks because it’s a mandatory guideline?

Well, so far our experience has been that guests have been very collaborative when it comes to wearing masks. And I think it will really be part of the contract to come to Walt Disney World in any capacity. We are going to apply this rule. It is for everyone’s safety. We had an excellent experience in Shanghai. And so far the Disney Springs experience, after only a short week, is that guests are willing to wear masks because they know it’s for everyone’s sake … You know I’ve worn this mask pretty much all day, and you forget about it after a while, and I think it will be part of maintaining magic.

Well, unlike Shanghai, where there were strict government mandates in terms of capacity that could have been at the time of the reopening, we don’t have it here at Walt Disney World. So what we’re doing is using six-foot social spacing to determine what capacity should be. So our industrial engineers have been busy in the past few months, trying to figure out what it would have been like, and the capacity that we will open is actually slightly below where we really think we can reside with that six foot.

Obviously it is not profitable to manage a limited capacity theme park. But where would the tie be?

Well, we won’t open a park unless we are able to cover our variable costs, essentially our park management costs. So beyond that, it becomes a matter of trying to cover the general and capital expenses that you have. And we will take some small steps towards this, but we will not lose substantially money, as your hypothesis suggests, when we open up. We simply will not necessarily operate at full capacity.

You have opened Shanghai and are now planning to open Walt Disney World in Orlando. Do we have any information on Disneyland? Or the rest of the parks around the world?

Again, we are taking our lead from the local government, both from the Orange County government and from the state of California. And they will advise us when we can reopen. We have just learned this week that we will be in the third phase as determined in the state of California, which I think is good news for Disneyland fans. But in particular when this happens it will be a function of how this will be interpreted and we will work with our state and local officials to ensure that this also happens responsibly.

If you keep the parks closed, you eliminate the risk of getting sick from guests or employees. Unfortunately, this puts many of your employees out of work. How are these risks balanced?

This is essentially the million dollar question that I think all municipalities and people who run theme parks like Disney theme parks have to face. To some extent, there is a trust that has been created in the Walt Disney Company that we will operate responsibly when we decide to open up. But we have a myriad, layer upon layer upon layer of defense against this virus.

We will do temperature checks every day for our cast members when they come to work every day. But we also sent [each cast member] your own personal thermometer so that they can measure the temperature even before going to work. We talked about masks, we talked about social estrangement, we talked about things like new and improved hygiene and sanitation – even better than what you are used to at Disney. We have so many levels that we believe we can open responsibly even if there is still a risk out there and it is up to everyone to assess that risk given their personal situation.

Is Disney ready to close again if there is a significant second wave later this year?

One of the reasons we are moving so slowly, so deliberately and cautiously is that we hope to avoid that type of situation, and we think by moving very cautiously and deliberately that we can mitigate the chances of this happening.

The past three months have been unprecedented for the world, but also for Disney World. You became CEO when the Covid-19 pandemic transformed the economy and the society upside down. How do you personally manage this crisis?

Well, I think you go back to your roots. Go back to the fact that we have something that is the envy I think of every company, which is one of the strongest – if not the strongest – brands on Earth, incredible cast who are passionate about what they do, the magic they deliver to our guests.

We have an incredible wealth of franchises and content that we can create to put in places like Disney + or in movie theaters. So really, our strength in the past is our strength in the future. And that’s what drives us to that restoration of magic. And so, I’m bullish about the future. I am extremely confident about the Walt Disney Company and its ability and mission to create those magical memories that last a lifetime.

We talked to each other this week last year. You were president of Disney Parks and were opening Galaxy’s Edge. Now, you are the CEO of Disney and you are reopening Disney World. If we talk to each other next year, what do you hope we are talking about?

I think we will talk about the vibrant recovery of the travel industry, the vibrant return of passionate guests to Disney experiences around the world and the restoration of the magic that everyone wants so much.

When the park reopens, what is the first ride you are doing?

Which first lap am I going to continue? I like pirates from the Caribbean. It’s a classic attraction and I will ride it whenever I can.

As long as the pirates remain six feet apart.