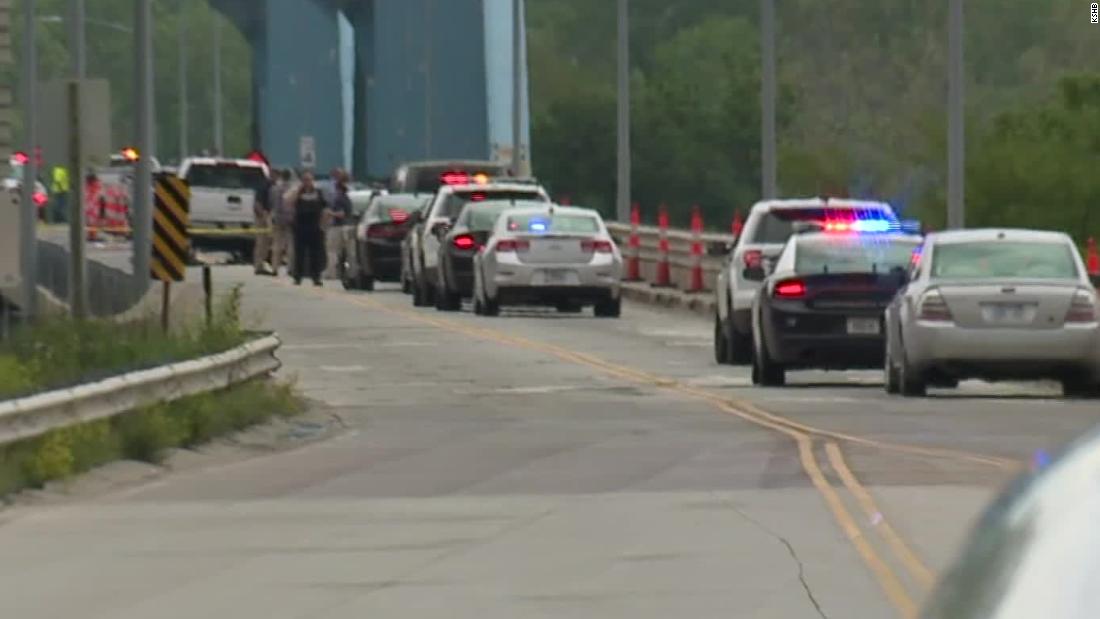 The shot went off at the end of Wednesday morning on the Centennial Bridge when a man armed with two weapons stopped his vehicle, got out and started shooting motorists, according to Leavenworth police chief Patrick Kitchens.

A motorist was injured.

An unidentified soldier from the Kansas Army base, sitting in his car behind the shooter, immediately drove the gunman and probably saved “countless lives,” Kitchens told reporters.

“Fortunately, what was a very, very dangerous situation was ended fairly quickly and … most likely countless lives were saved by the person who intervened and helped,” said Kitchens.

The gunshot motorist is also a soldier in Fort Leavenworth, the police chief said. The assassin was also injured and trapped under a car. Both men were in serious but stable condition in the hospital, according to Kitchens.

The shooter accidentally fired at the machines

Two cars on the bridge were hit by shots but the passengers were not injured. Kitchens said the gunman seemed to have accidentally opened fire on cars.

Police were called at around 11 am Wednesday, while Kansas Transportation Department staff worked on the bridge. The initial report covered shots fired in a potential road rage accident, Kitchens said.

“As the investigation unfolded, we learned that it was an active shooter with multiple weapons on the deck that fired at cars without a particular association,” he said.

The assassin was armed with a gun and a semi-automatic rifle, the police chief said.

The reason for the shootings is under investigation. The soldier who intervened was not injured.

The killer, who has not been identified, resides in Platte County, Missouri, according to Kitchens.

The Bureau of Alcohol, Tobacco, Firearms and Explosives was tracking down weapons, Reported KMBC TV affiliate of CNN.