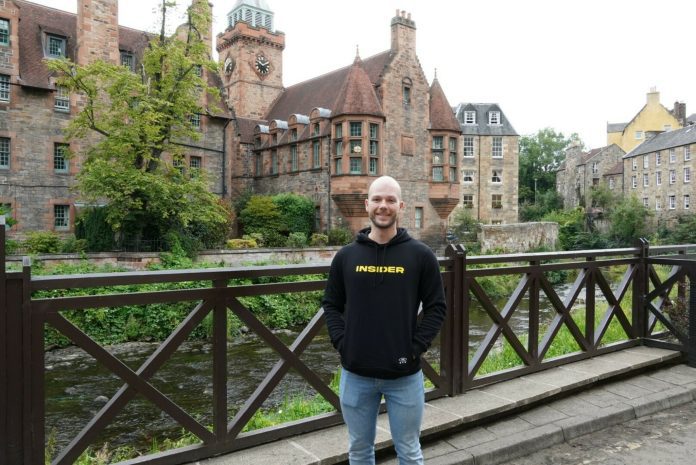 Patrick Schuster went to Scotland in August to lecture at the venerable University of St Andrews for his employer EVG.

scheduled tribe. Florian at the inn. The audience of the “School of Physics and Astronomy” included young researchers, doctoral students, postdocs and professors, who themselves explained their research areas in various lectures. The UK invitation comes from the “UK Metamaterial Network”. “The aim of this conference is to build a better understanding of the scientific basis of metamaterials. These are man-made 3D structures that do not occur in nature,” explains Schuster. In summer school, the engineer detailed the technology developed by EVG for nano-embossing lithography.

“With the process of manufacturing nanostructures, for example, components of electronic components can be produced cheaply and in large quantities,” says the EVG employee.

Nanostructures are incredibly small – many times smaller than a human hair and used for sensors, cell phone cameras or microchips in the automotive or medical field.

Discussion on how TOE techniques can be used for research

“The response from the participants was overwhelmingly positive. Some students and professors then had questions about whether EVG’s technology could be used for their research work,” Schuster reports. A possible project with the University of St Andrews was also discussed. Otherwise, Schuster was influenced by Scotland: “Because of the semester break, student life was not very, but the historic buildings spread throughout the city were very impressive,” says Schuster. “After that I spent about two days in Edinburgh, where the biggest cultural festival in the world was taking place at the time. There you could see theatre, comedy and musical performances.” And in the spring we’re going to the next convention in San Francisco.