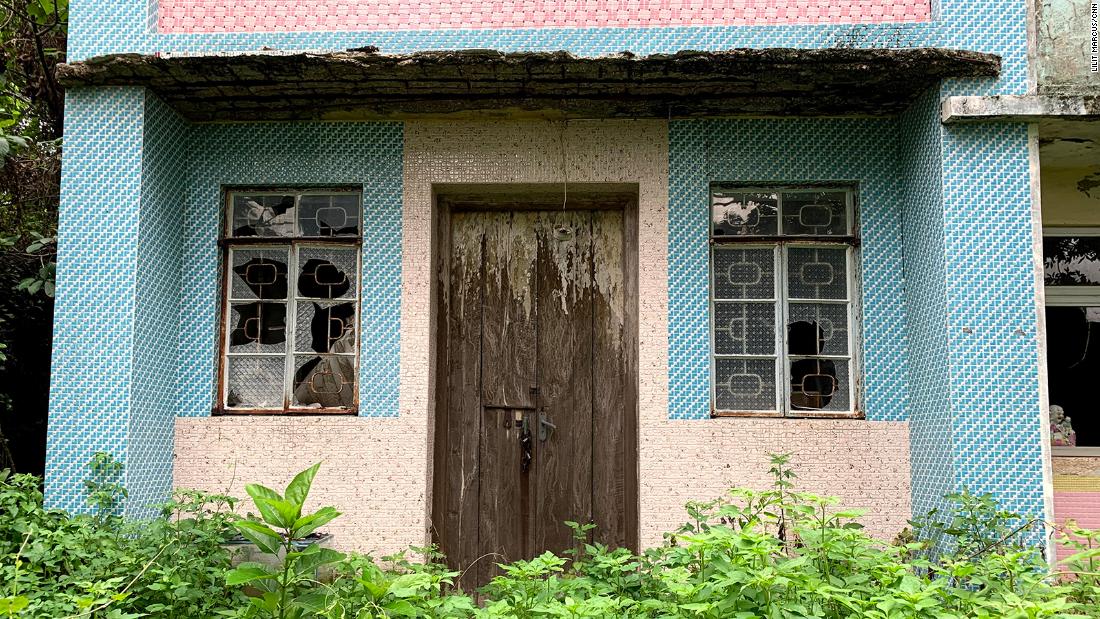 Hong Kong (CNN) – While many visitors to Hong Kong know the main island of Hong Kong, home to many of the financial capital’s skyscrapers, the city is actually an archipelago.
Many of the Hong Kong islands like Lantau, Lamma and Cheung Chau, are residential and easily accessible by the commuter ferry. But others are a little more difficult to explore.
One of them is Yim Tin Tsai, off the far north-east of Hong Kong, in the New Territories near the mainland China.

In a sense, the island is no different from a small town in the rural United States, where it has become increasingly difficult to make a living from agriculture and young people left in droves.

The original settlers were a family named Chan from the Chinese province of Guangdong who cultivated salt – the island’s name means “Little Salt Farm” in English.

Many of Chan’s descendants moved to multiple urban areas of Hong Kong looking for work or a different type of life. Others have left the region completely.

These days, Yim Tin Tsai is no longer officially abandoned. It houses a part-time resident, a volunteer who works as a caretaker. This volunteer and community representative, Colin Chan, lives in the nearby city of Sai Kung – and, as you may have guessed from his surname, is a descendant of the Chan clan.

There is a small museum and gift shop opposite the ferry pier, as well as – perhaps most importantly – public toilets.

An abandoned house near the ferry pier.

To get to the island, take a kaito – a small wooden motor boat often used as a ferry between the smaller islands – from the community pier on Sai Kung beach.

These boats only work on weekends and holidays, although if you are trying to get there during the week you may be able to rent a boat from the companies that line the promenade.

After the short trip to Yim Tin Tsai (about 15 minutes, depending on the weather), you will turn right off the pier and immediately begin walking through a series of abandoned houses and other buildings.

Some people left furniture and other personal belongings behind when they moved and years of exposure to the hot and rainy weather of Hong Kong left them in various states of disrepair.

Walking along the path, you will pass in front of houses with carved roofs, Buddha statues staring at you from empty windows and other disturbing scenes.

But not everything on the island has been left to the elements.

Yim Tin Tsai was strongly Catholic in his heyday.

The best preserved site on the island is the Cathedral of San Giuseppe, which has a dramatic red and white altar inside.

The building was completed and consecrated in 1890, and in the gardens behind it is a statue of Rev. Josef Freinademetz, an Austrian priest and missionary who arrived in Hong Kong in 1879.

Freinademetz founded the Catholic chapel on Yim Tin Tsai and after his death was canonized as a saint by Pope John Paul II.

Both the Catholic Church and the Hong Kong city, which has declared the cathedral a site of historical value, maintain the building.

Nowadays there is another innovation appearing on Yim Tin Tsai: an artistic project that uses stained glass to represent scenes from typical village life.

The windows, which show scenes such as traditional wedding ceremonies and the cultivation of salt, are one of the many new projects on the island that have come after the inauguration Yim Tin Tsai Arts Festival in 2019.

There is hope for a second annual festival in 2020, although the coronavirus pandemic could put these plans on hold.

However, it is clear that Yim Tin Tsai had a second life far beyond his days of salt collection.