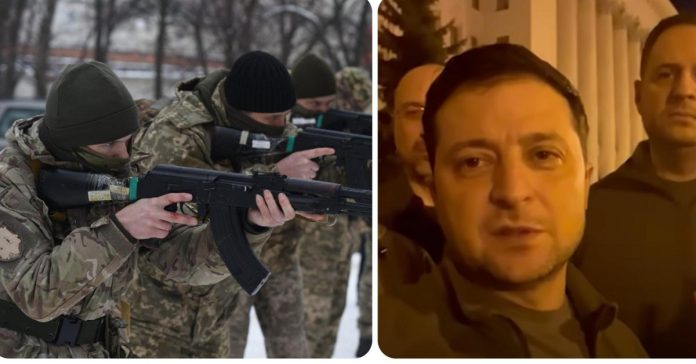 British daily The Times claims that more than 400 Russian mercenaries are in Kyiv with orders from the Kremlin to assassinate Ukrainian President Zelensky.

While Russian forces are still at the gates of Kyiv, British daily The Times claims that Russian mercenaries are working under orders from the Kremlin to assassinate Ukrainian President Volodymyr Zelensky. Appearing in video messages since the start of the conflict, the Ukrainian president has become the main target of Russia.

According to the daily, the group of mercenaries sent by Russia will be led by one of President Putin’s closest aides. They are said to have arrived from Africa five weeks ago and are on a mission to behead President Zelensky in return for a huge financial reward.

The Ukrainian government would have been made aware of this mission on Saturday morning and a few hours later ordered a 36-hour curfew “to combat the city in search of Russian saboteurs”.