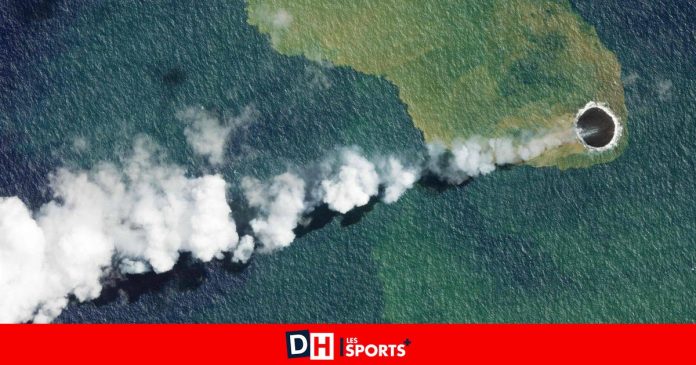 Last September 10 in the Pacific Ocean, the underwater volcano Home Reef woke up. Located in the Tonga archipelago, this volcano has repeatedly released plumes of lava, as well as steam and ash. About 11 hours after the start of the eruption, a new island was formed after the rocks and materials ejected by the volcano had solidified – exposed to cold ocean waters.

The birth of this islet was recorded by the Operational Land Imager-2 (OLI-2) measuring instrument, which is aboard NASA’s observation satellite. Images released by the space organization show the young island surrounded by greenish-yellow water, suggesting the presence of sulfur particles and fragments of volcanic rock. According to researchers specializing in Tonga’s geology, the new island expanded over 4,000 square meters on 14 September. Six days later its area was 24,000 square metres.

No one can predict how long this island will live, it all depends on its “foundation”. If they are solid, the island can survive for many years. Otherwise, currents and local atmospheric conditions can quickly destroy it.

Other volcanoes in the Tonga archipelago have been responsible for the formation of many ephemeral islands in the past. One island born in 1995 exclusively lived for 25 years, while another, which appeared in 2020, survived only … 12 days.