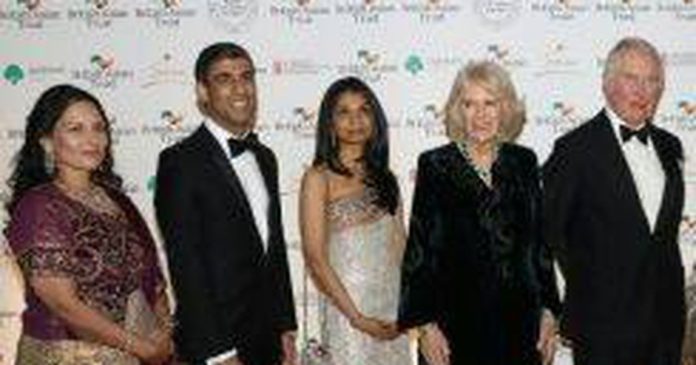 This Monday, 24 October, journalists from AFP announced that Boris Johnson’s former finance minister, Rishi Sunak, had been nominated by the Conservatives to become the prime minister. Britain’s new prime minister after Liz Truss steps down Highest at the end of a historic mandate of 44 days. Akshata Murthy, his wife, thus becomes the new “First Lady” of the country.

The first information about Akshata Murthy revolves around an important point: her fate. “Richer than the Queen of England”, the 42-year-old woman sparked controversy in April 2021 when she announced she would not pay part of her taxes. Considered as “not resident” in the United Kingdom, the 42-year-old woman enjoyed privileged tax status when she lived there for some years.

Although he chose to change this situation, this information played a negative role in Rishi Sunak’s campaign. Condemning a smear campaign aimed at affecting his wife’s political rise, Rishi Sunak said in an interview with the tabloid Sun, “My wife was born in India, brought up there” And “It would not be fair or proper to ask him to break ties with his country, just because he married me”.

Coming from a very wealthy Indian family, Akshata Murthy says she has a sense of reality because of the rigorous and benevolent education she received from her parents. “Volunteer work in disadvantaged areas allowed me to experience the challenges women face in India”, This openness to the world especially found its source in the career of his mother, Sudha Murthy, 72 years old and nicknamed. “Favorite Grandmother of Indians”, Having made her fortune thanks to her position as an engineer at the automobile giant Tata Motors, she is also a writer and is recognized for having created over 60,000 libraries in India.

mentioned by the magazine tatler as “An artist and fashion lover, with a deep passion for traditional Indian craftsmanship“Akshata Murthy was passionate about fashion from an early age. After completing her schooling in India, she went on to study economics at Claremont McKenna College in California, then at the Fashion Institute of Design and Merchandising in Los Angeles Later, she was admitted to Stanford University where she met her future husband, Rishi Sunak. In 2010, she launched her own clothing brand named Akshata Designs. A true businesswoman, she joined Rishi Sunak three years later. Became a director of Catamaran Ventures, an investment company founded by Sunak.