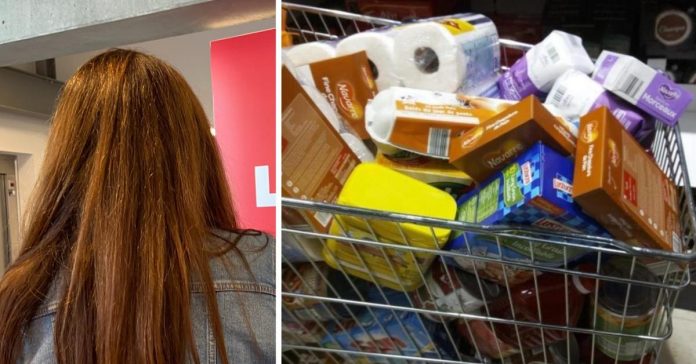 On Monday, at an Aldi store in Reims (France), an elderly couple found themselves stuck at the checkout because their bank card was no longer passed. A young girl in the queue offered to pay for it, which she did. The younger lady then asked for his contact details to reimburse him. No need, the young woman replied: “It’s a gift. He took it all. She explains her gesture anonymously.

The best gesture on the social network was first reported by a surfer in a Facebook group. Witnessing this scene, she wanted to make public “this wonderful lesson of life”.

Our French colleagues at L’Union then invited “Super Miss” to approach them, bringing her into the limelight. And the girl immediately answered them. But she wants to remain anonymous “otherwise it will ruin everything”.

Jessica (first name assumed) was embarrassed that her “small gesture” took “all this magnitude”. “I don’t need recognition. I didn’t for it!”, he insisted on specifying in the preface. “If I answered your call, it was for me to testify, but I prefer to be wise.”

This Monday, all he needed was a salad. “I was in the queue and I heard the cashier say that the woman had made only one more attempt to code her credit card. Obviously, the last attempt failed. “I understood there was a problem. The woman and her husband, who may have been 75 or 80 years old, seemed missing. They didn’t quite understand what was happening to them. They prepared to leave and put their stuff back on the shelves…”

That’s where Jessica offered to pay without knowing the amount of the couple’s purchases. “The woman was amazed. She immediately asked me for my phone number so she could reimburse me, but I declined. Suddenly, she told me I was very nice and kissed me! »

“The cashier also thanked me and other customers congratulated me”

This scene was only for a few minutes. “The cashier also thanked me and other customers congratulated me. Some said what I did was amazing and it gave them faith in humanity. But it was impossible not to react. What I did is only human. I have great respect for elders. I don’t feel like I’ve done anything extraordinary. Especially since it wasn’t a huge amount. It was for just under €20. And if this ever happens to me, I hope someone will help me too. ,

This is the first time Jessica has faced such a situation. But if we are to believe the surname given to her by her family, Jessica is the liberal type. “They call me Mother Theresa. My husband always says: With you, we will never be rich! »

She still says that when she came home, she felt “it’s really cool to do it”: “We think we please people, but in fact we make ourselves just as much fun. Social networks But his praise has multiplied.” I am very surprised and very impressed at the same time. I have my reward! ,