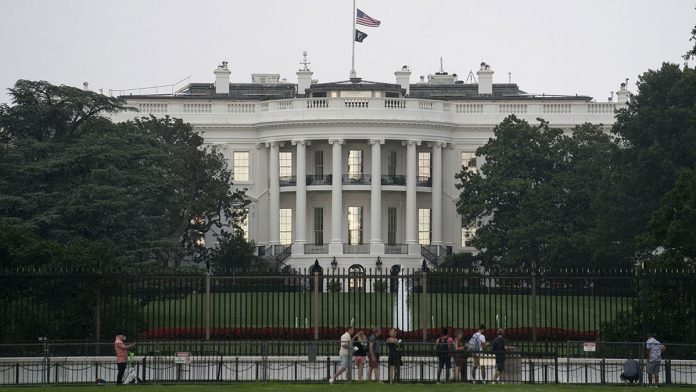 Experts say it is worrying to halt its cooperation with Washington on global warming, however, hoping that this cold snap between the two biggest emitters is only temporary so as not to further undermine humanity’s future.

At the UN COP26 climate conference in late 2021 in Glasgow, the United States and China announced a surprise agreement to strengthen their climate action and their ambitions. But after US House Speaker Nancy Pelosi’s visit to Taiwan, China on Friday suspended all cooperation with Americans in several areas, including the fight against climate change. “This is clearly worrying”Alden Meyer, an analyst at the E3G think tank, told AFP. “If the two main economies and the two largest emitters do not act, it is impossible to deal with the climate emergency, and it is always better to do so in collaboration”He added.

This cooperation between the two countries is necessary for all “pressure problem”UN Secretary-General Antonio Guterres also said this.

But above all, the Chinese announcement raises many questions. “Is this a strategic decision or a long-term strategy? Does China mean that cooperation is impossible as long as there is tension?”Alden Meyer insisted.

Or what will be the outcome of COP27 in Egypt in November? “What are the conditions for a dialogue to be reopened? What can be done in the meantime to limit the damage and rebuild trust?”Greenpeace’s Li Shuo continued on Twitter. “The answers will be important not only (for both countries) but also for the planet”The worker insisted.

The Earth has increased an average of about +1.2 °C since the pre-industrial era, already increasing heat waves, droughts, floods or storms on all continents. And according to the United Nations Climate Experts (IPCC), the mercury could rise by 2.8 degrees Celsius by 2100, even if states meet their commitments. Commitments were further weakened by the economic crisis caused by the Covid-19 pandemic and Russia’s invasion of Ukraine, which led to the restart of coal-fired power stations.

In this context, for François Gemain, author of the IPCC, the Chinese decision is “Total disaster for the climate”, “Comparison of US withdrawal from the Paris Agreement” which aims to limit warming to below +2 °C, if possible +1.5 °C. Donald Trump actually withdrew the United States from the agreement before Joe Biden returned in 2021 after his election to the White House. But this temporary US withdrawal was accompanied by a retreat of US domestic and foreign climate policy, experts note.

In contrast, China’s announcement “Certainly not a retreat from the international climate zone or a rejection of climate action”AFP David Vasco of the World Resources Institute insisted. “Breaching Diplomacy Doesn’t Mean China Abandoning Its Commitments”Added Mohamed Addo of the think tank Power Shift Africa. “China is ahead of the US in the fight against global warming in many ways”he told AFP.

Joe Biden has pledged to cut US emissions by 50-52% by 2030 from 2005 levels and achieve carbon neutrality by 2050. But their ambitions have been thwarted by a failure to pass unless green energy projects and climate initiatives are now being pushed through Congress, although progress has been made recently.

For its part, China, the leading emitter of greenhouse gases in absolute value but far behind in per capita emissions, is committed to reaching its peak in emissions in 2030 and carbon neutrality in 2060. and cooperation with the United States or not, “China will be under pressure from other countries, from the EU, from weaker countries” So that it will strengthen its commitments, assured Alden Meyer.