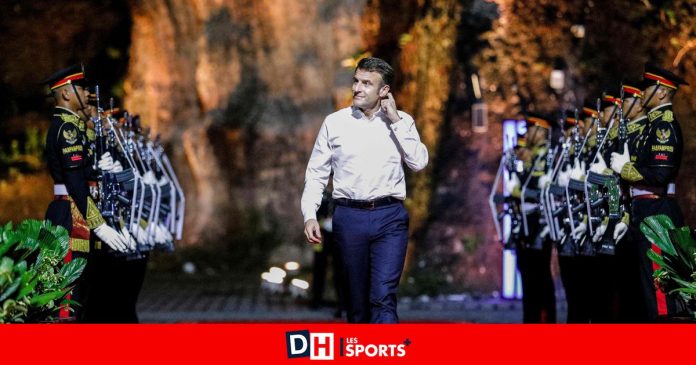 G20 members were greeted with much fanfare at a reception in Nusa Dua, Bali, where the international summit is being held on Tuesday and Wednesday. The leaders of the G-20 member states were invited to observe a special dress code on the occasion. They were asked to present themselves dressed in a shirt or colored or floral clothing, in reference to the traditional clothing of the Indonesian island.

Almost all the guests sported the game, from Giorgia Meloni to Rishi Sunak via Justin Trudeau, Charles Michel or Sergei Lavrov. But observers noticed that Emmanuel Macron had not followed instructions, as he arrived wearing a simple white shirt like US Secretary of State Anthony Blinken and German Chancellor Olaf Scholz.

Obviously, Emmanuel Macron’s classic outfit has been pinned down in the French media, and in particular by Bertrand Chamroy, “C à Vous”. Was the President of France afraid to be laughed at when he came wearing a colored shirt? In any case, this is the hypothesis of many observers.