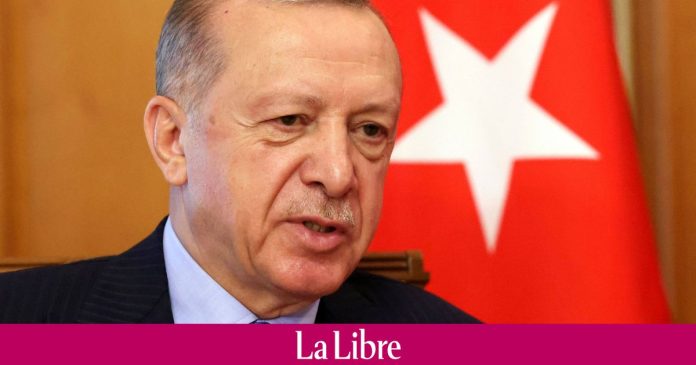 “A positive aspect of our visit to Sochi is our agreement with Mr. Putin on the ruble. God permit, our exchange in the ruble will ensure benefits for Turkey and Russia,” the Turkish head of state said on his return flight. I told reporters. Sochi (Russia), on the shores of the Black Sea, where he met with Russian President Vladimir Putin on Friday.

The two presidents have agreed that the delivery of Russian gas to Turkey will be “partially paid for in rubles”, Russian Deputy Prime Minister Alexander Novak announced on Friday evening.

Mr. Erdogan did not specify future transaction volumes in rubles.

Russia has been demanding for months to introduce its currency into international settlements against the euro and dollar, amid unprecedented Western economic sanctions against Moscow over its invasion of Ukraine.

Strongly condemning the Russian invasion, Turkey opted for neutrality between the two countries and did not engage in Western sanctions against Moscow.

In 2021, Russia accounted for about a quarter of Turkey’s oil imports and 45% of its natural gas purchases.

Paying for Russian gas, even partially, in rubles, could prevent Turkey from further reducing its currency reserves in dollars.

Economists say the Turkish government spent billions of dollars last year trying to halt the collapse of the Turkish lira, which lost nearly half its value in a year.

See also  After lifting restrictions, the number of new cases of Kovid-19 in the Netherlands is increasing rapidly