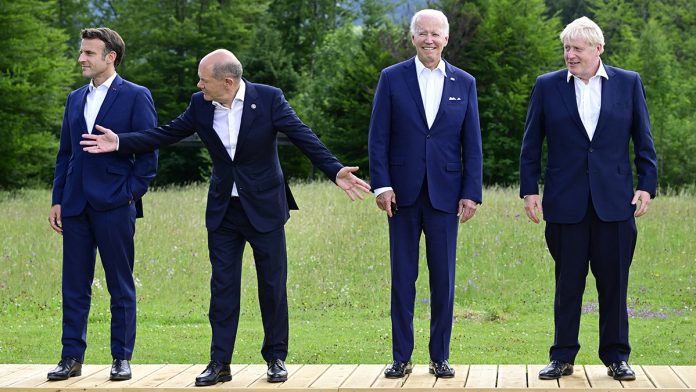 On Sunday, world’s great leaders joked about the viral image volunteered by Russian President Vladimir Putin, wondering if they could take off their jackets at the opening of the G7 summit in Germany. – or even more.

,Do we keep jackets? Do we take them off?“, asks British Prime Minister Boris Johnson as he sits at the work table at Elmau Castle in Germany, where Chancellor Olaf Scholz welcomes leaders of the United States, Canada, Great Britain from Germany, France, Italy, Japan and the European Union. We do.

Canada’s prime minister, Justin Trudeau, then suggests waiting for the official photo to drop the jacket, but Boris Johnson launches into: “We have to show that we are stronger than Putin“. And the joke inspires others.

,We’re going to be treated to bare-chested riding performance“, Mr Trudeau says, referring to a famous 2009 photo session of Vladimir Putin on horseback without a shirt. 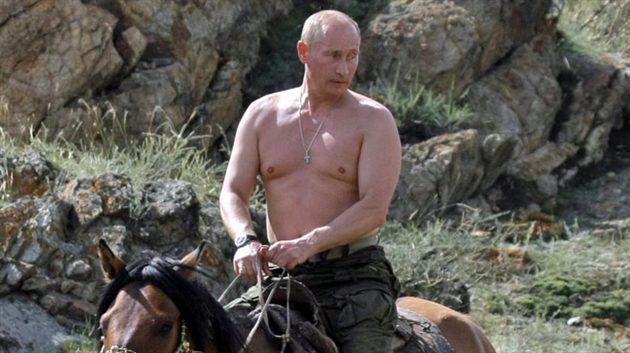 ,horse riding is the best“European Commission President Ursula von der Leyen – the only woman in this meeting – apparently answered the question of clothing without commenting.

,we need to show them our pecs“, insists Boris Johnson.

It was finally in dress, with just the ties removed, as the seven leaders took their places on the podium for the traditional family photo.