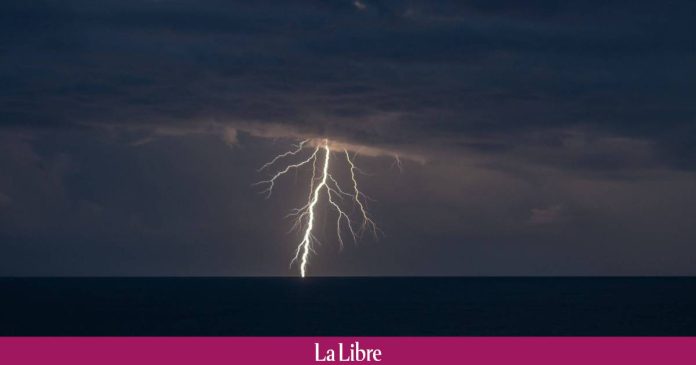 whereas Belgium has been placed on yellow alertIn view of the bad weather coming in the evening in our country, France is already facing a strong storm since this Saturday afternoon. A large part of France is hit by bad weather. Météo France has put 65 departments on orange alert for 4 pm and has warned against this stormy episode “Requires special vigilance due to high risk of violent incidents”,

From the north to the southwest of France, residents are subject to violent incidents. In Paris, where a storm is brewing, the Eiffel Tower was struck by lightning, and the We Love Green festival had to be canceled this Saturday evening due to heavy rain.

Hail fell on Puy-de-Dme and Eure. Residents filmed and photographed the impressive hailstones.

Hail has also occurred in the southwest. Local wine producers and officials told AFP that several centimeters of hail fell on parts of Armagnac Vineyards in the Landes and the Gers. With no casualties in the Landes, 4,500 homes have been cut off from electricity.

Meteo-France warned that occasional violent thunderstorms would develop in the south-west and progress to the north and east of the country, accompanied by intense rain (locally 40 to 60 mm in a short period of time), wind. There will be gusts and hail. , particularly in the southwest and Massif Central.

Brittany, the region worst hit by bad weather, received the equivalent of three weeks of rain this Saturday, BFM TV reported. In fact, lightning lit up the sky in both Brittany and Centre-Val de Loire, Normandy

On the national estate of Chambord (Loir-et-Cher), 30,000 units of scouts from France gathered for the Pentecost weekend had to be sheltered, including a third inside the castle. -Same.