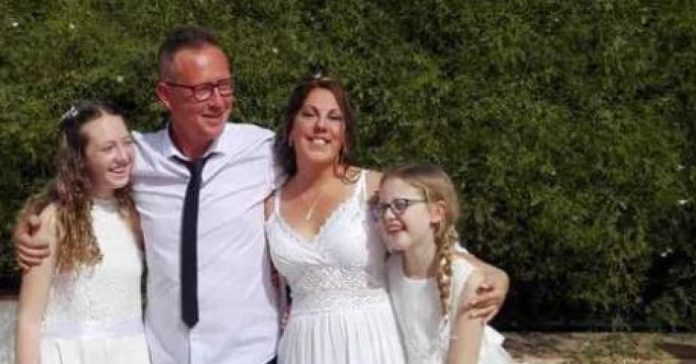 A lump detected on her wedding day turned into cancer, diagnosed too late for Niels, 38.

It is a story that Niels Petrie struggles to tell to the journalists of Belang van Limburg. Two years ago he was diagnosed with stage three skin cancer and two tumors growing in his neck. “Winning the battle is no longer possible, the cancer is in its final stages and incurable”, assures the man in Het Belong van Limburg.

Niels, the owner of a cottage in Spain which he runs with his wife Catherine, saw the first symptoms of the disease on their wedding day in February 2020. “When Katherine put a tie on me, she discovered a lump around my neck,” he explains. “I didn’t feel overwhelmed that day, but then I made an appointment with a dermatologist.”

The appointment is quickly set for March 15, the day the confinement began in Spain. The appointment is then postponed because the lump in Niels’ neck continues to grow. “In the end, the mass was almost as big as a golf ball. I could no longer hold my head properly,” he says. After three months, the diagnosis finally drops. Despite all the treatments, doctors found it in January of this year. Having found that the tumor had spread to the brain, Niels had no hope: he had only one year left to live.

According to Niels, imprisonment played a major role in the development of his cancer. “The cancer would have been discovered at the first appointment and metastases would never have appeared then,” he says. “It’s so unfair. I’ve been upset about this for a long time. But what’s the point when I’ve got so little time left? I resign to my fate and want to enjoy my wife and kids as much as possible. I try

See also  Fire burns thousands of acres in L.A. County ahead of heatwave

Niels and Catherine exhausted all their savings as soon as they left their residence and spent a lot on treatment. That’s why they decided to start a crowdfunding project to be able to reimburse Niels for his treatment and allow him to live one last beautiful summer with his daughters, Lore and Britt. “I have this holiday with my daughters as my last hope. A summer together to make memories that they can cherish for the rest of their lives,” he concluded. The family has already been able to raise 10,700 euros