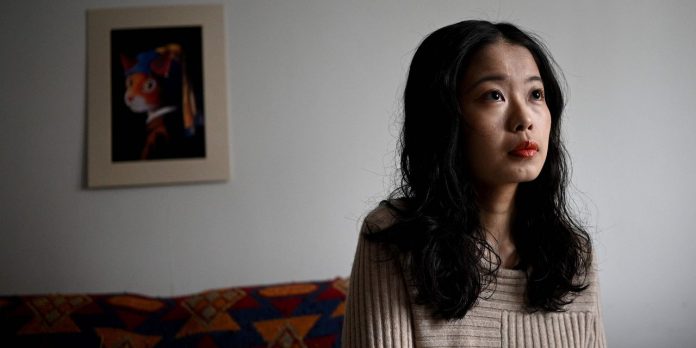 TAIPAI – A woman who filed a sexual-abuse case against a well-known TV host was cheered on by a mob in support of her and her Chinese #MeToo movement after a court hearing in Beijing on Wednesday.

The court adjourned around midnight without a verdict. It was not immediately clear when the court would begin hearing the case.

Despite the uncertainty about how the case will unfold, the crowd of people coming out of the courtroom, Xu Xiaoxuan, 27, was elated, with video clips circulating online and people at the scene. After about 11 hours of proceedings, he said he would continue to fight his case. Supporters who had been waiting in the cold all day burst into applause.

Xu Xu Xu is accusing Jun, the host of state broadcaster China Central Television and a household name in China, of forcibly groping and kissing her six years ago when she was interning for her program. Ms. Xu says he reported the incident to police the next day but was asked to drop the case because Mr Zuna had a “positive impact” on society.

In 2018, Ms. Xu filed a civil lawsuit against Mr. Xu after his account, which was initially shared in a private social-messaging group, became public. He denied the allegations, claiming that the woman filed a defamation suit against Ku Zhou and Zhou Chao, who shared her account with a large audience on the social networking site Weibo, such as China’s Twitter. An attempt to reach Ku Ku through her Weibo account was not successful.

Drought: Why the return of rain is not necessarily good news

Tons of dead fish: Mysterious pollution of the Oder River in Poland raises fears of an environmental disaster