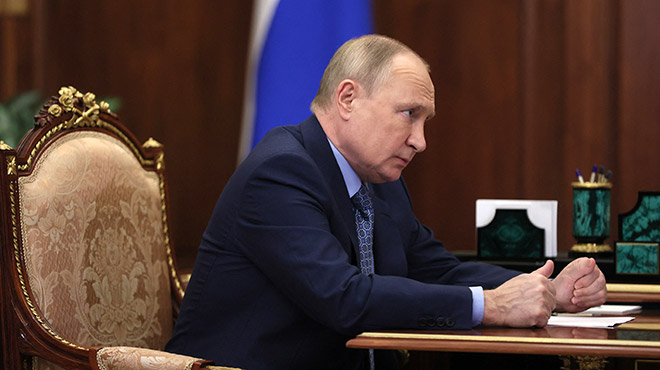 “This decision should not lead to a deterioration in the position of contracts of European companies importing Russian gas,” said Mr. Putin, according to a Kremlin statement, summarizing a telephone exchange with Mr. Scholz, from which country is a major consumer of Russian hydrocarbons.

On 23 March, Vladimir Putin announced that Russia would no longer accept payments in dollars or euros for gas delivery to the EU, in response to Western sanctions against Moscow for an offensive in Ukraine. ,This change in the settlement process comes as EU members have frozen the Bank of Russia’s currency reserves in violation of international law.Putin told Olaf Scholz on Wednesday.

Thursday, the Central Bank and the Russian government, as well as the company Gazprom, should introduce a new system of payments in rubles. Wishing to be reassured, Kremlin spokesman Dmitry Peskov told them that the transition to payments in Russian currency would be done gradually.

“We’ve talked about it before, payment and delivery (of gas) is a time-consuming process”He said during a press conference. He assured that this new arrangement will not be fully implemented on Thursday, along with new rules for European consumers. “We are not talking about delivery tomorrow and getting paid in the evening. No, it is technically a long process“, he insisted that Mr Putin’s order “must be implemented”.

Like Mr Putin last week, Mr Peskov indicated that other exports could be affected by the ruble payment. “It’s an idea that definitely needs to be studied”On Wednesday, Mr Peskov said, answering a question on the possibility that the measure applies specifically to Russian exports of grain, coal, oil and timber.

See also  An extraordinary find off the coast of Antarctica: 100 years after the disappearance of Ernest Shackleton's Endurance Wreck Found