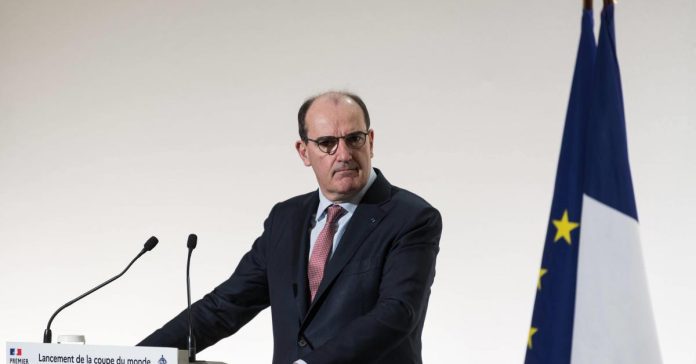 Prime Minister Jean Castex announced on Thursday that, from March 14, wearing masks was mandatory everywhere except for the suspension of transport and vaccination passes, during an intervention in the TF1 newspaper.

“The situation is improving thanks to our collective efforts, thanks to the measures we have taken (..), the conditions for a new phase of easing of measures have been met”, justified the head of government.

The cold wave of Kovid-19 has been easing for several weeks. In an average of seven days, the number of new cases of infection stood at 53,152 on Wednesday evening, up from 70,000 a week earlier.

The pressure also eases in the hospital, where 2,329 people are in critical care.

The government had so far noted a passage below the threshold of 1,500 patients in critical care by mid-March, among the norms for lifting all or part of the vaccination passes that came into force from January 24.

“From Monday 14 March we will suspend the application of the Vaccine Pass wherever applicable,” Jean Castex said on Thursday.

On the same date, he announced “the end of compulsory mask-wearing in all places” where it is still in force, “that is to say, inside”.

However, two measures are still in place. “Wearing of masks in public passenger transport will be mandatory in view of the rush,” he said. In addition, the health pass will remain in force in “health establishments, retirement homes, establishments welcoming people with disabilities who are particularly vulnerable” as well as “vaccination obligations applicable to caregivers.”

See also  With the world's third busiest port suddenly shutting down due to nCoV infection, will the nightmare repeat along the global supply chain?