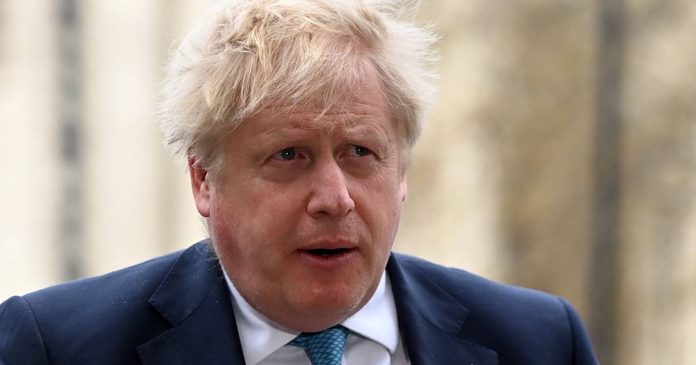 British Prime Minister Boris Johnson pleaded against the participation of “biological men” in women’s sporting events on Wednesday, amid controversy over the exclusion of transgender people from a future ban on conversion therapy.

The statements from the head of the British government come a week after transgender cyclist Emily Bridges was disqualified from competing in a women’s event at the British Championships.

“I don’t think biological men should be in women’s sporting events,” Boris Johnson said during a visit to a hospital in north London.

“It may be controversial, but it seems reasonable to me,” he explained. “There should be space for women – be it in hospitals, prisons, dressing rooms or other places – which are reserved for women”.

“That doesn’t mean I’m not understanding about people who want to change gender, transition, and it’s important to give as much love and support as they make decisions.” “These are complex issues”, he continued.

The prime minister’s remarks come as his conservative government faces criticism for a double turn over the issue of conversion treatment, which claims to change sexual orientation.

The ban on these treatments, which associate homosexuality with a disease, was announced by the government in October, specifying it seeks to make it a criminal offence.

After indicating last Thursday that it would eventually opt for “non-legislative” measures, an announcement that sparked outrage from unions and political leaders, the government backed out hours later and assured it intended to legislate Is.

But the government’s plan does not include gender identity conversion treatment, which aims to force a transgender person to re-identify with their birth gender.

“We’re going to ban gay conversion therapy, which I think is absolutely disgusting,” Boris Johnson said Wednesday, “but there are complications and sensitivities when it comes to gender, and I feel like some things are worth studying.” are worth. Ahead”.

In protest against the exclusion of trans people from the project, the government’s envoy on LGBT issues, Ian Anderson, submitted his resignation on Tuesday, days after 80 LGBT unions withdrew from an international conference to be held in London in June, which was cancelled. Has been given.