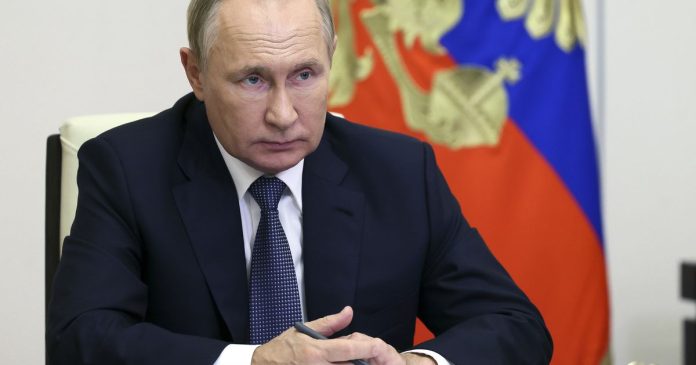 Russia has repeatedly sought to join an international investigation into these leaks, which occurred in the midst of the conflict in Ukraine and the gas conflict between Russia and the European Union.

Russian President Vladimir Putin speculated on 12 October that it was an act of “international terrorism” benefiting the United States, Poland and Ukraine, and Russian diplomacy called on US President Joe Biden to explain whether his country was responsible for these explosions.

Kremlin spokesman Dmitry Peskov said on Friday that Moscow was working “intensely” to join the investigation, which he had previously accused of being “systematic” to blame Russia.

“Work is being done through diplomatic channels,” he told reporters.

“But so far, he has come together against a wall of reluctance to shed light on the truth, which is sure to surprise many in European countries, if it is made public,” a-he further details. added without providing.

“Neither the Germans, nor the Swedes, nor the Danes share information with us,” lamented Mr Peskov.

Nord Stream gas pipelines at center of geopolitical controversy Even before the conflict in Ukraine, Kyiv and Washington were opposed to their construction, which, according to them, increased European dependence on Russian gas.

See also  A slap in the face at the Oscars: Angry after a joke about his wife, Will Smith hits Chris Rock on stage (Photo & Video)