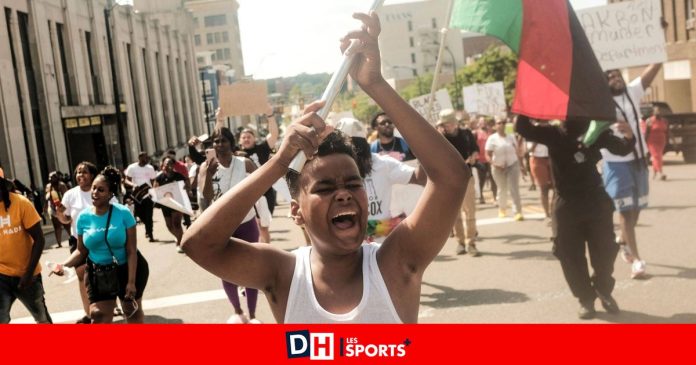 Jayland Walker, 25, was killed on June 27 while fleeing police on foot following a car chase following an arrest attempt for a traffic violation. In a very violent video released by the police on Sunday, a young man is seen roasting with bullets.

In the city of 190,000 near Cleveland, anti-racism unions called for a fourth day of demonstrations on Sunday.

The rallies were peaceful, except for one tense moment when protesters laid siege to the police and shouted at them.

Along with a commentary is a compilation of videos and screenshots from personal police cameras. The second is full footage of the chase and shooting, that too from a police camera.

Commentary claims that Walker did not stop his car and fled, police began a chase, and several officers claimed that a shot had been fired from Walker’s vehicle.

After several minutes of pursuit, Walker got out of his moving car and fled on foot. After this the police tried to subdue him with Taser.

See also  Polexito's splitting ghost: what to do for Lithuania told