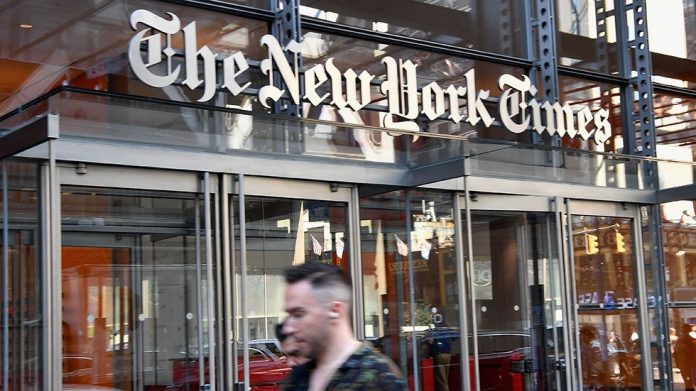 An opinion piece of the New York Times that was published on Thursday that supports China’s crackdown in Hong Kong sparked a reaction on social media.

This Op-ad title “Hong Kong is China, it’s like or not,” argues pro-democracy protests and advocates have “done a lot of damage to the city,” including “spreading chaos and ambiguity to our motherland.”

The Times described Ad-ad writer Regina Ip as “a legislator and executive council member in Hong Kong.” In a 2003 article, Calling her “Beijing’s executor.” The China P-Ed does not mention its relations with China.

“The West tends to enhance the prestige of these people as defenders of Hong Kong’s independence, but they have done great damage to the city by going against its constitutional mandate and spreading chaos and ambiguity towards our motherland,” he wrote.

The IPA praised China for passing an internationally criticized national security law in response to protests that rocked Hong Kong over the past year. The law, passed in June, sees its officers in Hong Kong as subordinate, scattered and allied with foreign forces.

“Something had to be done, and the Chinese authorities did it,” he wrote, adding that “one person’s seriousness” is someone else’s intentional influence. ”

The op-ed also states that “any attempt to change Hong Kong’s formal political status … is a fundamental challenge to China’s sovereignty.”

“Like it or not, Hong Kong is a part of China. And given the huge disparity in size and Hong Kong’s growing economic dependence on the mainland, the city’s progressive integration with China is inevitable, “the IPA wrote.

Senate. Some took to Twitter to criticize the appearance of the op-ed, including Rick Scott (R-Fla.), Who called the publication of the article “shameful.”

“It simply came to our notice then. Once again, @ Any Times publishes propaganda from communist China that seeks to cover up the CCP’s human rights abuses. “The people of Hong Kong are fighting for basic human rights as promised.”

This is a shame. Once again, this Any time The communist publishes propaganda from China that seeks to cover up the CCP’s human rights abuses.

The people of Hong Kong are fighting for the basic human rights they promised. https://t.co/jdH2g2Ywf2

Other journalists, including Yashar Ali and Katherine Watson, also covered the piece.

How will this end in the New York Times?

Heck what part of this outrageous opinion ?!

Opinion | Hong Kong is China, like it or not – The New York Times https://t.co/E3acgBQIwU

The Times did not immediately return a request for comment.

Cotton’s June op-ed titled “Send in the Troops” called on the military to respond to the occasional violent protest against police brutality. Multiple Times reporters said it put the lives of black journalists at risk.

Eventually an editor’s note with a ton of pieces of quotation included that he said “it was below our standards and shouldn’t be published” and the editorial page editor resigned over the p-ad.

“So, any conscious workers who care too much about human rights, demanding the resignation of the op-ed editor who printed the open Chinese propaganda of the complete tyrannical acquisition of rights in Hong Kong?” He asked in a tweet.

So, any conscious workers who care too much about human rights going to demand the resignation of the op-ed editor who printed the open Chinese propaganda of the complete tyrannical transfer of rights to Hong Kong? https://t.co/P6AS19BojM