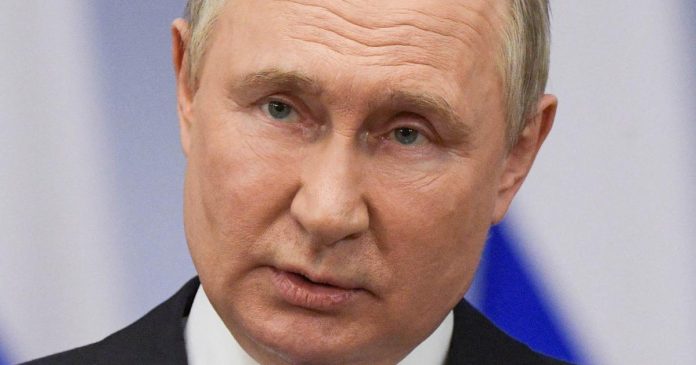 Rumors about the health of Vladimir Putin are circulating among the Russian elite. According to these rumours, the 69-year-old president will be seriously ill, and may even die.

On April 21, 2022, Putin met his Defense Minister, Sergei Shoigu, during a meeting where he claimed the success of Mariupol’s takeover. Interview footage broadcast on Russian state television shows the president lying in his chair.

Monday, May 9, During the military parade in Red Square, Putin sits in the stand of a small mine, with a blanket on his knees, while the thermometer reads 10 degrees. The President coughs repeatedly and has difficulty walking as he moves towards the audience.

The latest appearance of the Russian President is worrying and fueling rumors about his health condition. Rumors that resonate even more and more within the Russian elite, as pointed out by our colleagues at Het Last Nieuws.

Some people talk about cancer, others about thyroid problems, or even brain disorders. Telegram channel General SVR, followed by more than 280,000 people, recently announced, as reported by the New York Post, that Vladimir Putin was about to undergo an operation. Moscow, for its part, denies any disease.

New Lines magazine was able to obtain a recording dating from mid-May. In it, a Kremlin oligarch claims Putin is “very ill” and has “leukemia”.

Putin has already suffered multiple back injuries, including a fall from horseback and during an ice hockey match. On a recording released by New Lines magazine, Russian oligarchs link Putin’s back problems to his suspected leukemia.

The “bloated” look of the president’s face often raises serious questions. Putin’s face may appear slightly swollen due to the use of corticosteroids, which are commonly prescribed to people with lymphoma or plasma cell cancer, according to Ashley Grossman, professor of endocrinology at the University of Oxford. The latter cancer can affect the bones and cause back problems, Het Last Nieuws says.

The side effects of corticosteroids may also explain the fact that Putin is constantly surrounded by doctors. This is because steroids pose a higher risk of infection because they attack immune cells.

As our colleagues at Het Last Nieuws point out, these speculations can be used for political purposes by opponents of the president who wish to undermine him. However, rumors of the disease have also settled in the Russian oligarchy.

See also  Donnie, 22, suspected of killing boy, 'has a good side and a bad side' (pictured)