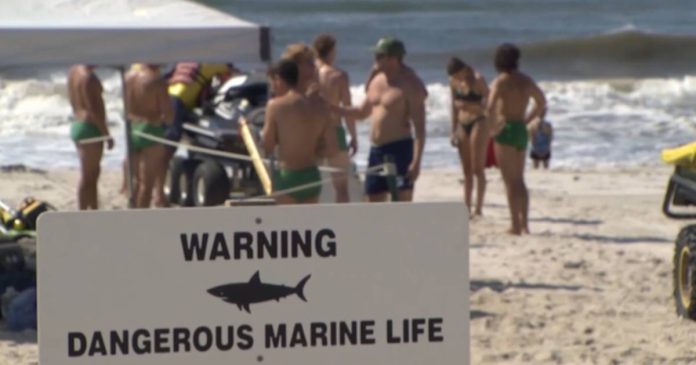 Sharks attacked two people on two beaches on New York’s Long Island on Wednesday. Over the past two weeks, Long Island has suffered a series of shark attacks on several of its beaches.

Sean Donnelly, a 41-year-old surfer, was knocked off his board at Smith Point beach and bitten in the leg before being swept ashore by a wave. “He was taken to a hospital in Long Island in a non-critical condition”, testified one rescuer. Hours later, a 49-year-old swimmer in Fire Island was taken to the hospital after fracturing his left wrist and back.

Long Island Island has recently suffered a series of shark attacks on several of its beaches, but no casualties have been reported. “We are doing our best to keep everyone safe,” says another lifeguard. According to officials, shark attacks are now the “new normal” due to a number of factors, and rescuers must now be more attentive to ensure the safety of swimmers.