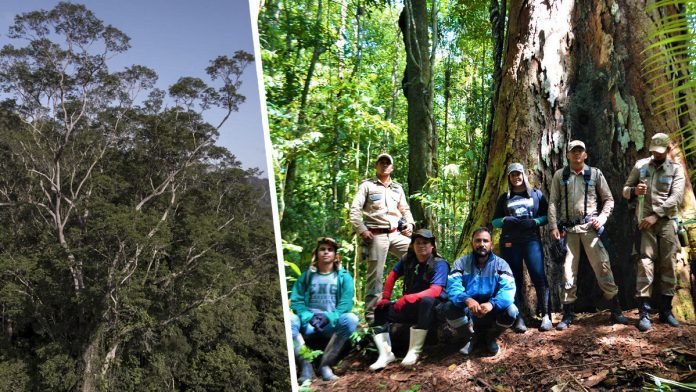 After three years of planning, five expeditions and a two-week journey through the forest, a team of scientists has arrived at the largest tree ever discovered in the Amazon rainforest, a colossal specimen the size of a 25-story building .

The giant tree, whose crown rises above a canopy in the Iratapur River Nature Reserve in northern Brazil, is a Dinizia excelsa 88.5 m high and 9.9 m in diameter.

Researchers first spotted it in satellite images in 2019, and a team of local researchers, conservationists and guides attempted to reach it in the same year.

But after a ten-day journey through difficult terrain, with few provisions, and a member of the team who fell ill, he had to return.

Three other expeditions to the remote region of the Jari Valley, located on the border between the states of Amapá and Para, have made it possible to reach several other giant trees, including the largest Brazil nut tree ever recorded in the Amazon. , 66 meters high.

But the giant Dinizia excelsa remained untouched until the 12–25 September expedition, during which the researchers traveled 250 km by boat and more than 20 km on foot through mountainous forest.

The team doctor has been bitten by a poisonous spider, one of the 19 members of the expedition.
But it was worth it, says Diego Armando Silva, a forestry engineer at the Federal University of Amapá.

“It was one of the most beautiful things I’ve ever seen. Simply divine”, Silva told AFP.

The group took samples that would be analyzed specifically to determine the age of the tree (at least 400 to 600 years, according to Mr. Silva) and the amount of carbon.

According to Silva, the giant trees in the region weigh up to 400,000 tons, about half of which carbon is absorbed from the atmosphere.

Despite their foresight, these giants are still in danger.

Jacqueline Pereira of Amazon, an NGO participating in the campaign, explains that the wood of Dinizia excelsa is prized by loggers, and the reserve is occupied by illegal gold diggers.

Over the past three years, the average annual deforestation in the Brazilian Amazon has increased by 75% compared to the previous decade. 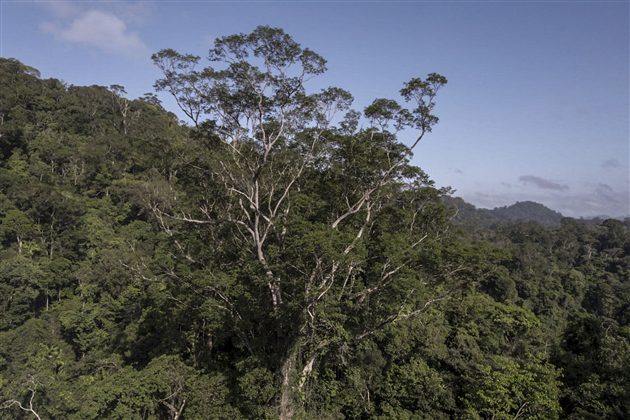 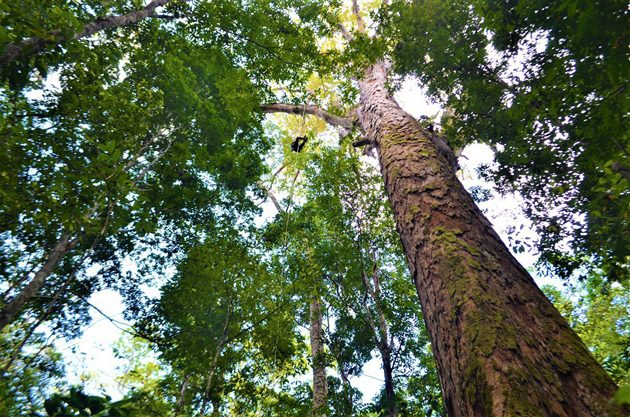