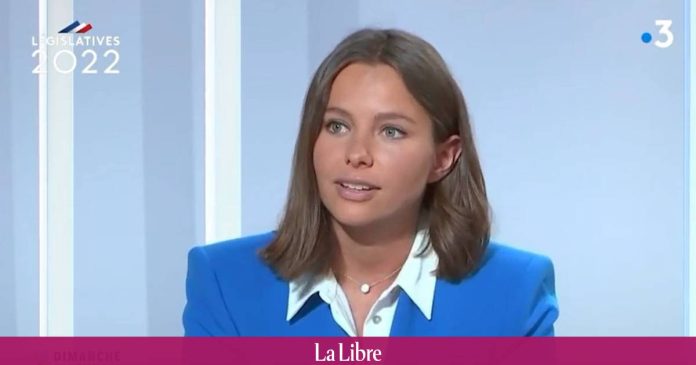 Melanie Fortier is probably not one of the veterans of the national rally. But a 24-year-old student selected in a foreign language, however, in spite of himself, has been seen during a debate broadcast on Bourgogne Franche-Comté on Sunday afternoon on France 3.

The young woman’s brushes tangled when she was asked about public service by Elsa Bazin, at the “Sunday in Politics” event dedicated to the June legislative elections in France. Which public service do you want from the national rally?“asks the journalist.”i.e?“, answered the regional councilor in Burgundy Franche-Comté, a little surprised. “What is your public service policy? What do you want from a national rally? What is your position? I am coming back to what has just been said before you”Then Elsa Bazin starts again.

But Melanie Fortier could not answer. ,I do not understand the question”, she said, annoyed. Her interlocutor again repeated her request, without much success. “I’m sorry… can we cut out this part? I really didn’t understand the question…” The debate would eventually redirect while the uneasiness on set was more and more evident. And to clarify Elsa Bazin: “We won’t bite, no.”