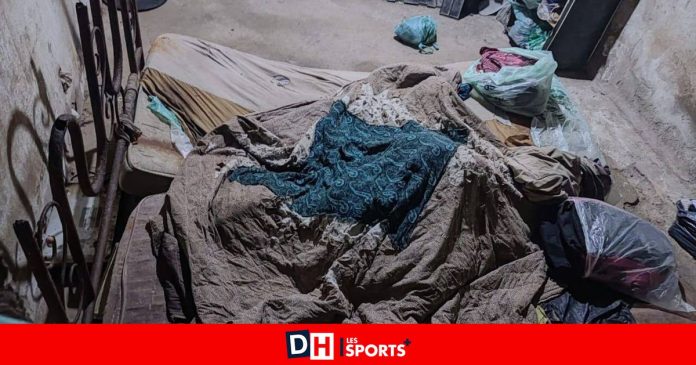 Authorities were alerted to an anonymous slander and police operation Thursday in Guaratiba, a popular district west of the city.

According to local media, the woman and her two children, aged 19 and 22, were hospitalized in a state of “dehydration and severe malnutrition” shortly after their release, municipal health services said.

According to the G1 news website, the mother of the family told officials that they sometimes go without food for three days and are subject to constant physical and psychological attacks.

“You have to stay with me until the end, you won’t get out of here until you die,” said her husband, Luiz Antonio Santos Silva, who had been married for 23 years.

Images reproduced in Brazilian media show two children, adults as teenagers due to their malnutrition.

“When we saw what condition both babies were in, we thought they wouldn’t survive another week. I tried to talk to the mother in the ambulance, but she couldn’t make the slightest sound because she was so weak.” A resident of Guaratiba told the G1 site.

Neighbors told officers that the alleged torturer was nicknamed “DJ” as he cranked up the music to drown out the screams of his victims.

Some claim that the condemnation had already been carried out two years earlier, without the intervention of the authorities.

See also  Second round of assembly elections in France: Shock to Macron, who lost absolute majority, here are the final results