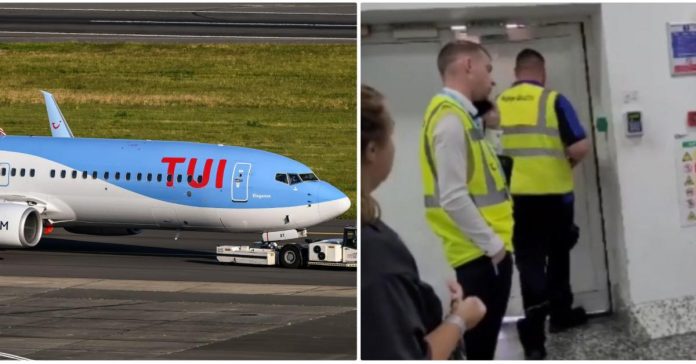 The TUI flight turned into a nightmare for all the passengers who not only landed hours late but also landed at another airport.

Passengers of this return TUI flight from Turkey will remember for life. It must have taken 12 hours for them to return to Birmingham Airport, where they were trying to open a door to pick up their luggage.

The flight which was supposed to last for 4 hours eventually turned into 12. A nightmare situation for all the passengers. Katherine Arnold, 40, and her partner Tom, 41, were traveling on this flight. He still had to wait 4 hours once at the airport to pick up his luggage. “When we took off, we were already more than 4 hours late,” says Katherine. “The flight attendant came over and said we could no longer go back to Norwich because it was too late at night and we would be deported to Birmingham. There was a lot of moaning,” she adds.

But the mess didn’t stop there. Along with being diverted, passengers also faced difficulties in getting their luggage. “When we arrived in Birmingham to pick up our suitcases, the bags did not come out. It was terrible because of the lack of staff. We were stuck there for a total of four hours, with virtually no communication,” testifies Catherine.

After a failure, passengers had to wait a long time to retrieve their suitcases. “There was no TUI representative till 7 am and we landed at 3.20 am. Everyone was exhausted and tired. And there were people with little kids,” Katherine explains. “I saw a woman begging for her baby stroller, ‘I don’t care about my bag, can I just take my stroller? I can’t take it anymore. She had to put her baby down so she Finally sleep on the floor,” she explains again.

See also  A mysterious illness affects American diplomats all over the world... and Blinken vows to reveal his circumstances!

“When we finally got out, we were told that buses would be waiting for us, but when we left there were about six taxis. Most of us stood on the sidewalk for an hour,” says Katherine.

Passengers’ nerves were so tense that police had to intervene to calm the spirits, as we read in a column on Birmingham Live. Following the incident, the airline TUI admitted to letting its passengers down.

“Laughs enough, TUI emailed us apologizing and offered us a £150 voucher on our next TUI vacation, which I took as a kick in the teeth. We will never fly with TUI again after this”, Katherine said.