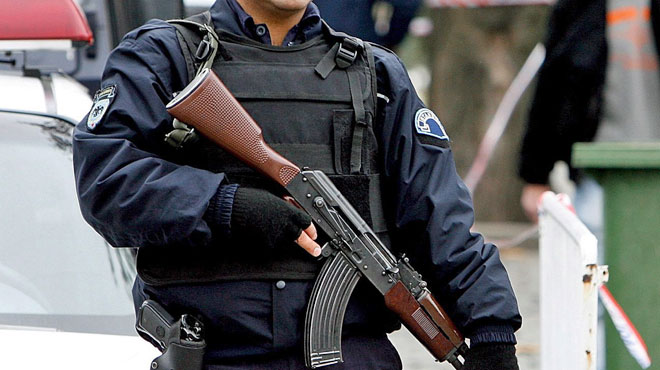 Turkish police melted down yet again at an LGBTQ+ pride march in Istanbul on Sunday, in which more than 200 people, activists and journalists, including an AFP photographer, were brutally arrested.

Even before the rally began, riot police arrested people “randomly” at several bars and on the streets of Sihangir district, around the symbolic Taksim square, AFP found.

In total, around 200 people were caught in several waves, according to the march’s organisers, and gradually released in the evening.

Kaos GL, an NGO campaigning for the promotion and protection of LGBTQ+ people, counted “more than 150” arrests earlier in the afternoon.

Amnesty International called for his “unconditional and immediate release” on Twitter.

Like every year now, the Pride March was officially banned by the city’s governor, but hundreds of protesters waving rainbow flags gathered on the streets adjacent to Taksim Square, which is completely closed to the public.

“The future is strange”

“The future is strange!” Chanting, “You will never be alone!” Or “We are here, we are in the queue, we won’t go anywhere else!”, then protesters marched on the streets of Sihangir district for a little over an hour, supported by residents stationed at the windows.

An AFP videographer said those arrested were taken in a police van to the main police station in Istanbul.

“They try to ban us, stop us, discriminate against us and even kill us every minute of our existence,” Diren, 22, told AFP.

“But today is an opportunity to defend our rights, to shout that we exist: you’re never going to be able to stop queuing”, says Diren, using a term that reflects any kind of variability. reflects and contradicts the biological definition of gender.

See also  Surprise in the confession of the owner of the scandalous photo of the girl Radar al-Dayari .. (details)

According to several eyewitnesses, the police tried to prevent the press from filming the arrest.

Bulent Kilic, a veteran and award-winning AFP photographer familiar with conflict zones, was handcuffed behind his back, his T-shirt ripped off, and loaded into a police van, among others.

He was arrested last year also under similar circumstances.

“Despite three sentences handed down by the Constitutional Court over the past three years, security forces continue to abuse and arbitrarily detain journalists. Unfortunately, the administration has become accustomed to disobeying neither court decisions nor the law. Is”, said its representative Irol Onderonglu.

After a spectacular parade of more than 100,000 people in Istanbul in 2014, Turkish authorities have officially banned the annual Pride March for security reasons.

On Friday, the European Commissioner for Human Rights, Dunja Mijatovic, called on “Istanbul authorities to lift restrictions on Pride marches and guarantee the safety of peaceful protesters”.

“The human rights of LGBT people in Turkey must be protected,” he said, calling for “(their) stigma to end”.

Homosexuality, outlawed in Turkey since the mid-19th century (1858), is not prohibited, but is subject to social opposition and hostility from the ruling Islamic-Orthodox party, the AKP, and the government of President Recep Tayyip Erdogan.

Once a minister called homosexuals “crazy”.

In 2020, the Netflix platform was forced to abandon production of a series in Turkey because it presented a gay character and did not receive the green light from the authorities.

In the same year, French sports equipment and clothing brand Decathlon called for a boycott in Turkey for its campaigns to convey messages of support for LGBTQ+ communities.