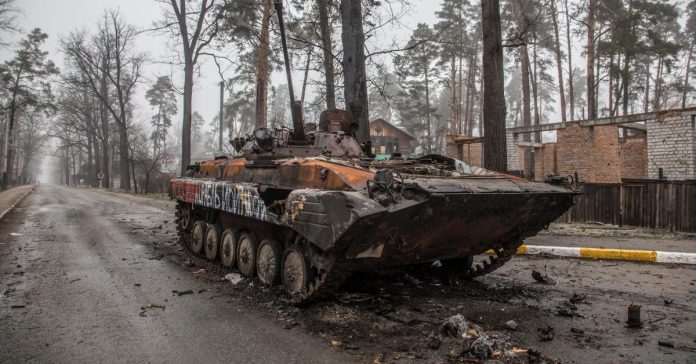 Ukraine’s presidential adviser Mykhailo said on Saturday that Russian forces were making a “rapid withdrawal” from the Kyiv and Chernigov regions in northern Ukraine and aimed “to gain a foothold in the east and south”.

“After the rapid Russian withdrawal from the Kyiv and Chernigov regions and taking into account all movements and concentrations of captured troops, it is quite clear that Russia has chosen a more priority strategy,” he said. – He writes on Telegram messaging.

It is a question of “turning back to the east and south, taking control of the vast occupied territories (not only in the regions of Donetsk and Lugansk) and establishing a powerful foothold there,” he continues.

He believes that Moscow aims to “get a foothold in the east and south and set its terms rigidly”.

“We certainly cannot do without heavy weapons if we want to unblock the East and Kherson (southern region, editor’s note) and repel the Russians as far as possible”, he underlined We do.

The governor of the Chernigov region, Vyacheslav Tchaus, noted for his part that the city, already devastated by fighting in recent weeks, did not face any new attacks during the night.

The Russians are “withdrawing from the Chernigov region”, he insisted.