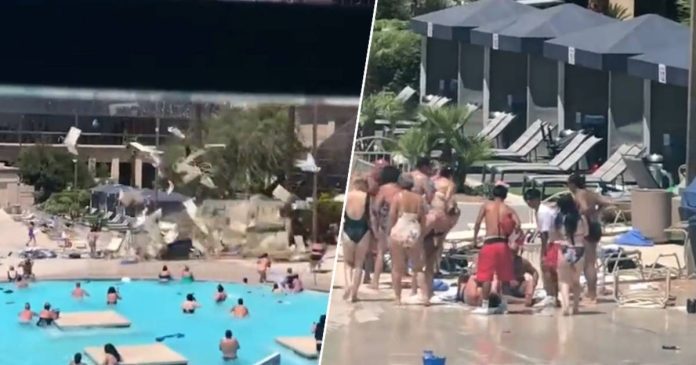 Tourists at a famous Las Vegas hotel while enjoying a moment of relaxation near the swimming pool were astonished by a whirlpool as it suddenly became powerful.

The incident took place on Friday at the swimming pool of the Luxor Hotel. Lounge chairs soared in the air under the astonished gaze of hotel guests. Some people threw themselves on the ground until the wind stopped.

Melissa White, of Southern California, was lying on a deckchair when she saw two large umbrellas flying and landing in the pool. “And it is still going on. Bags, umbrellas, chairs were thrown in the air. Everyone was in panic”, she testified.

The tornado lasted only a few seconds, but it felt much longer. “It was chaos, then peace returned. It was so surreal”, continues Melissa White. Several people were affected and at least one hotel guest was carried on a stretcher.