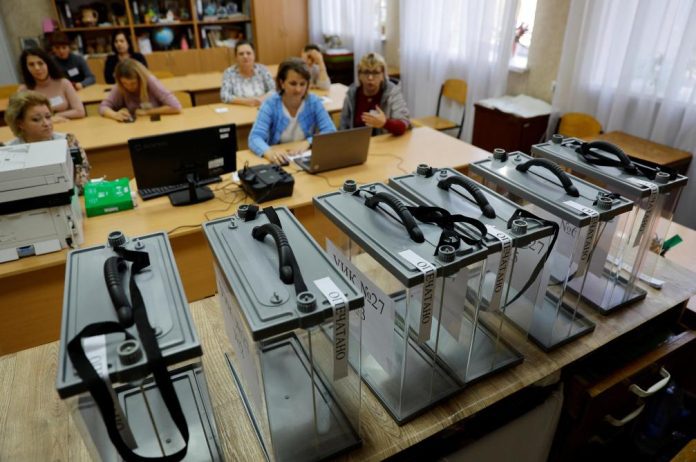 DAn annexation referendum by Russia was held on Friday in areas of Ukraine that were wholly or partly controlled by Moscow, with the elections being described by Kyiv and the West as “simulacra” and marking the escalation of the conflict.

These votes, which began at 07:00 HB, are to be held by September 27 in the pro-Russian separatist regions of Donetsk and Lugansk (East), and in the regions of Kherson and Zaporizhia (South) in Russian-occupied territories. In the full invasion of Ukraine by Moscow.

The elections, announced and hastily held at the beginning of the week, were strongly condemned by the Ukrainian government and its Western supporters, who accused Moscow of controlling the entire region like the Crimean peninsula (south) in 2014.

If the outcome of these referendums is beyond doubt, they in any case herald an escalation of conflict, with Moscow threatening nuclear attacks to regard it as “its” territory.

“The holding of this referendum is a historic step (…) We are going home! Denis Pushilin, leader of the pro-Russian region of Donetsk separatist, said in a video posted on Telegram on Friday morning.

While the fighting is still raging, the separatists’ electoral body in Donetsk indicated that “for security reasons” voting would be held mainly door-to-door for four days, with polling stations “only on the last day”, that is, in September. Will open 27.

Thus, 450 and 461 polling stations will be opened in the region of Donetsk and Lugansk in the east, respectively. There will be 394 in Zaporizhia and 198 in the Kherson region in the south. According to Russian news agencies, several polling stations have also opened in Russia to allow “refugees” to vote.